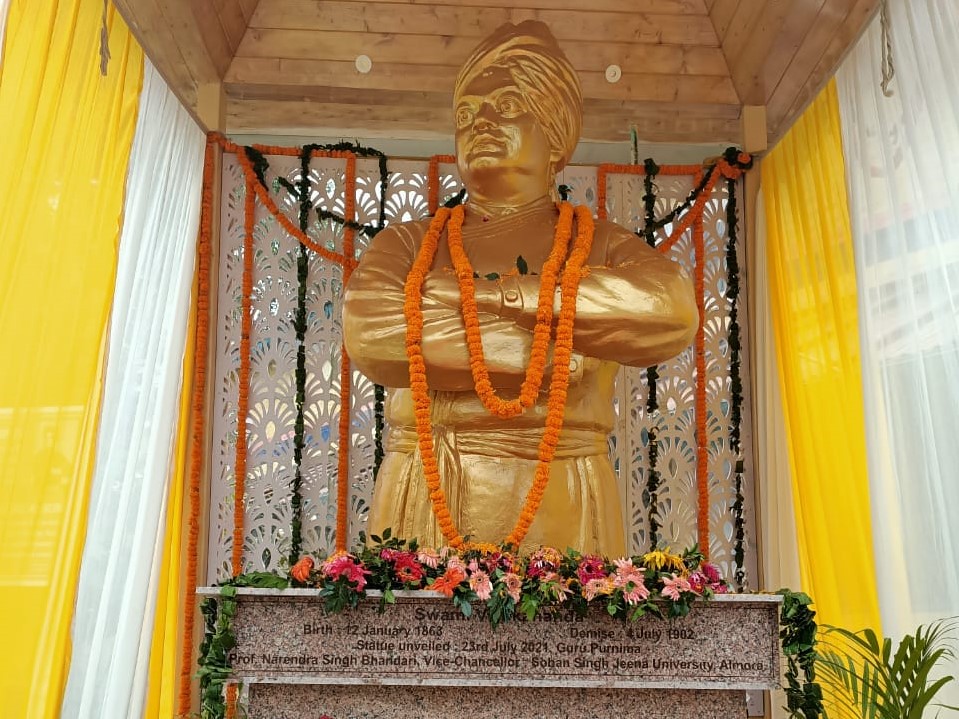 Dibrugarh centre has discontinued all of its previous telephone connections and obtained the numbers: 796 0313 and 88229 56374. 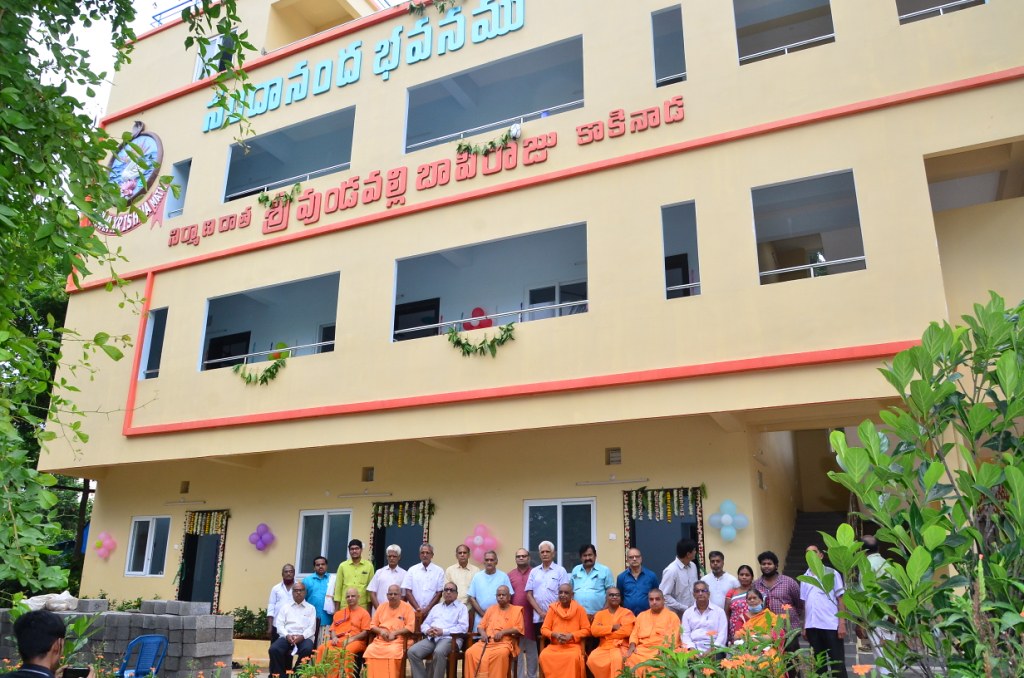 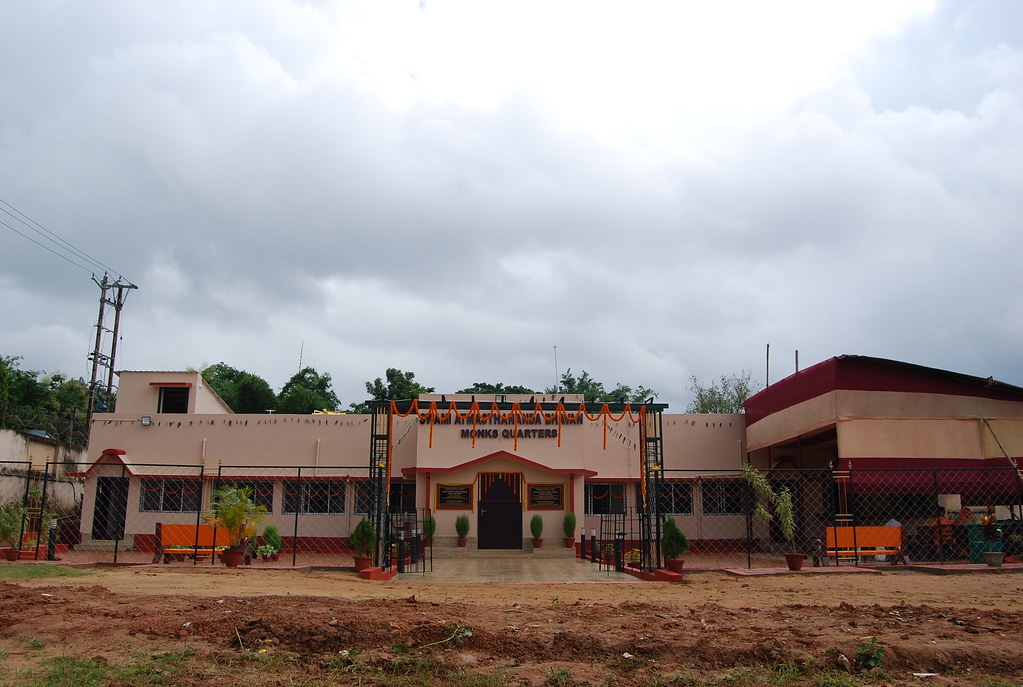 The newly built annexe to the school building of Blind Boys’ Academy of Narendrapur centre was opened on 12 July by screening a pre-recorded video message from the General Secretary.

The new English-medium school ‘Vivekananda Vidyalaya’ on the Nagachi campus of Ramanathapuram centre was inaugurated on 16 July.  The messages from Revered President Maharaj and others were read out on the occasion. 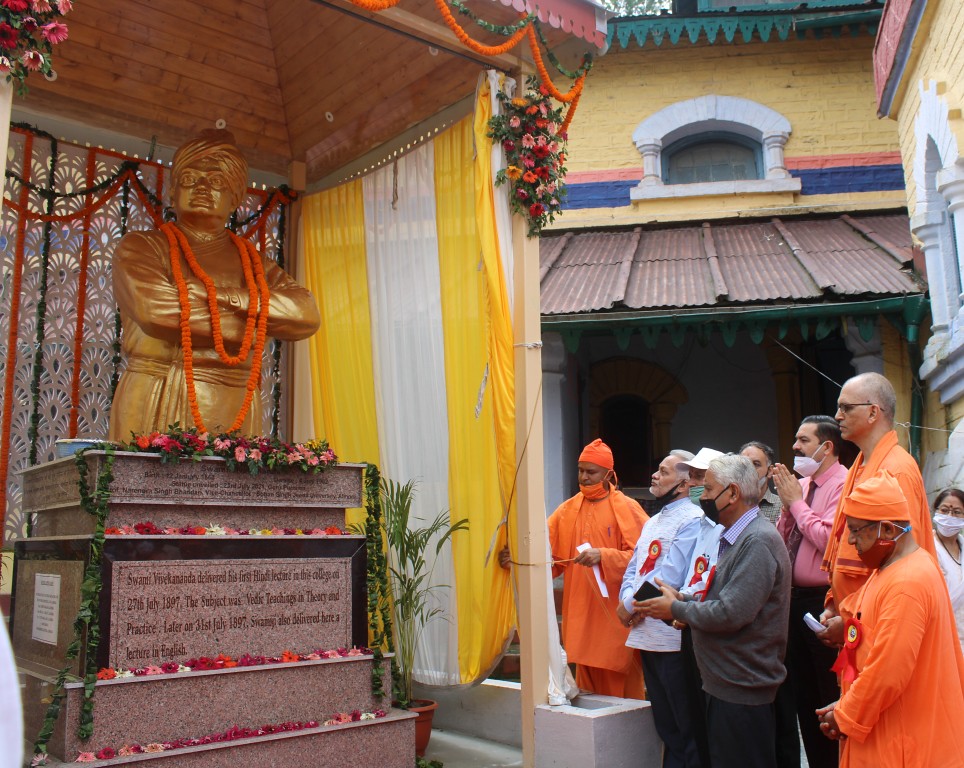 On the initiative of our Almora centre, a statue of Swami Vivekananda was installed at the Government Inter College, Almora, where Swamiji had delivered two lectures in July 1897.  The statue was unveiled on 23 July.

In the grading of Industrial Training Institutes (ITIs) conducted by the Ministry of Skill Development and Entrepreneurship, Government of India, the ITI of Viveknagar centre, Agartala, secured the highest grade at the state level.

Class 10 examinations could not be held due to the Covid-19 pandemic situation.  Results were declared based on candidates’ performance in the Class 9 exam and internal assessment in Class 10 on a 50:50 basis.

Class 12 examinations could not be held due to the Covid-19 pandemic situation.  Results were declared based on the following criteria: 40 per cent weightage given to the marks in Class 10 exams and 60 per cent marks were evaluated based on performance in Class 11 exams and Class 12 practicals.

Delhi centre conducted 11 online workshops on values education from 28 June to 17 July.  In all, 770 teachers and parents attended these programmes.

We record with sorrow the passing away of Swami Sagunanandaji (Mahadev Maharaj) at Arogya Bhavan, Belur Math, on 9 July at 5.32 am.  He was 83 and had been suffering from hypertension and heart disease for some years.  An initiated disciple of Swami Madhavanandaji Maharaj, he joined the order in 1962 at Kamarpukur centre and received sannyasa diksha from Swami Vireshwaranandaji Maharaj in 1972.  He served the order at the headquarters and at Kamarpukur, Ranchi Morabadi, Delhi, Tamluk and Balaram Mandir centres as an assistant and Barasat centre as the head.  He had the opportunity to serve Swami Madhavanandaji Maharaj during the latter’s last days.  He also participated in relief activities at different times.  He stayed at Varanasi Advaita Ashrama for four years from 1993 and thereafter had been living a retired life at Belur Math.  The swami was self-reliant and a meticulous follower of monastic routine.