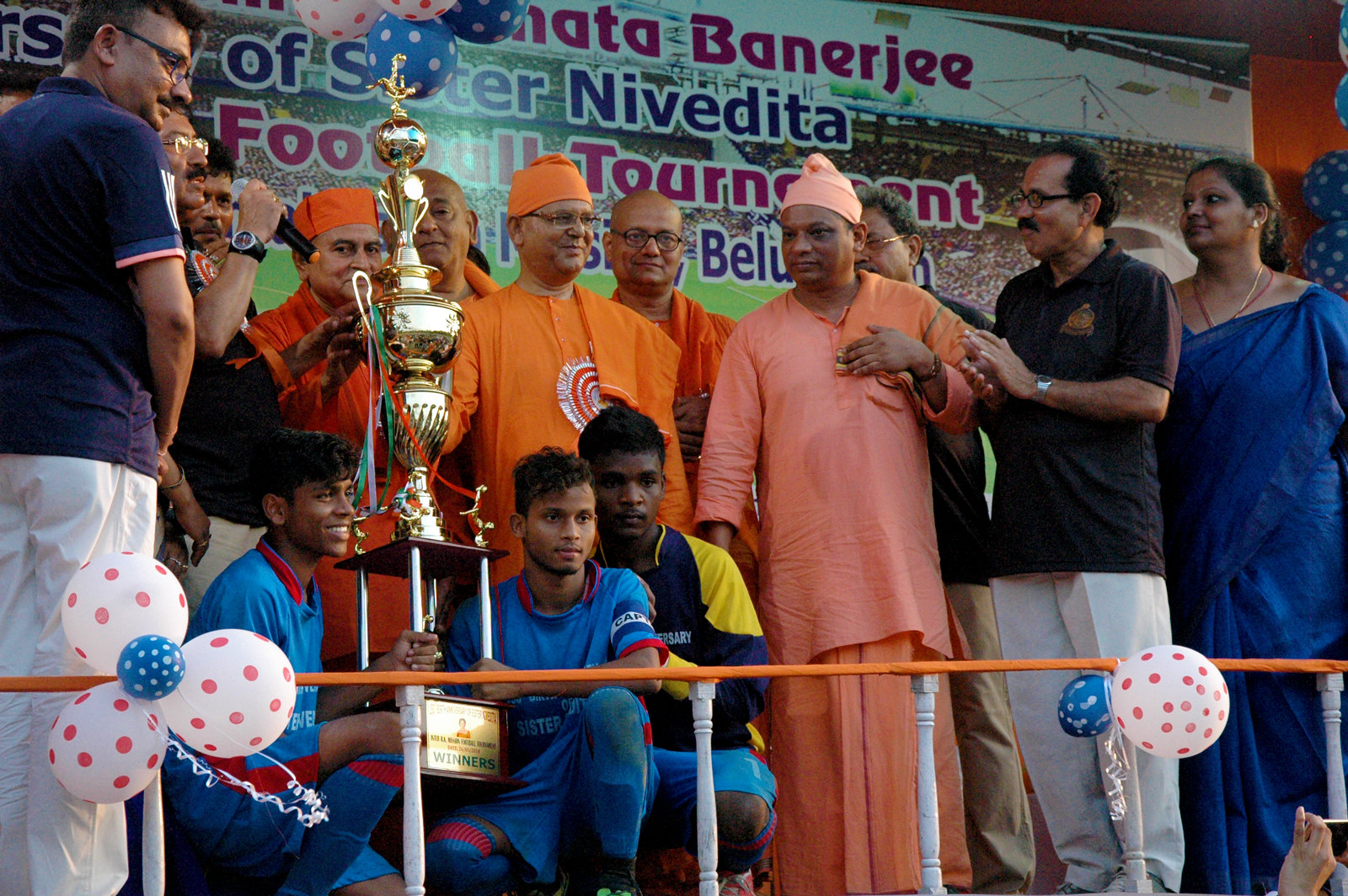 Revered President Maharaj is scheduled to visit the Institute of Culture, Kolkata, from 13 to 22 June.  He is keeping well.

Swami Vagishananda ji will be visiting Sarisha from 1 to 5 June, and Sikra-Kulingram from 15 to 21 June.  He is keeping well.

Swami Gautamananda ji is scheduled to visit Raipur and Narainpur from 4 to 14 June, Agartala and Kailashahar from 17 to 23 June, Rajkot on 24 and 25 June, and Kadapa and Tirupati from 27 June to 1 July.  He is in good health.

Swami Prabhananda ji will be visiting Baranagar Mission Ashrama from 3 to 9 June, and Agartala from 27 June to 11 July.  He is keeping well.

Swami Shivamayananda ji was admitted to Seva Pratishthan on 16 May and underwent hernia surgery the next day.  He was discharged from the hospital on 30 May and is recuperating at Kankurgachhi Math.  He is scheduled to visit Gadadhar Ashrama (Kolkata) from 18 to 20 June, and Karimganj, Hailakandi and Silchar from 24 June to 12 July.

Swami Suhitananda ji will be visiting Guwahati from 4 to 10 June, Dibrugarh from 17 to 24 June, and Barisha from 30 June to 6 July.  He is keeping well. 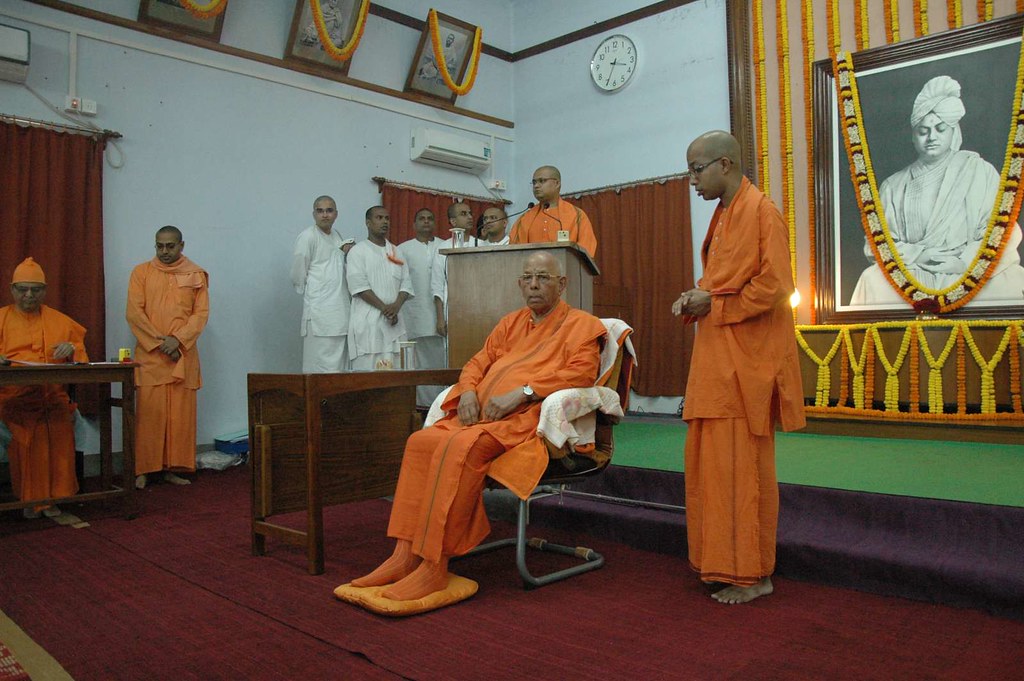 The 122nd Foundation Day of the Ramakrishna Mission was celebrated at Belur Math on 1 May.  Revered President Maharaj chaired the programme, which was attended by a good number of monks, devotees and well-wishers. Photos

Ramakrishna Kutir, Yelagiri, which was till now a retreat centre under the supervision of the Headquarters, has been made a full-fledged branch centre of Ramakrishna Math.  Its address is “Ramakrishna Math, P.O. Athanavur, Via Jolarpet, Yelagiri Hills, Dist. Vellore, Tamil Nadu 635 853”, phone number: 91138 15749 and email id: <[email protected]>. 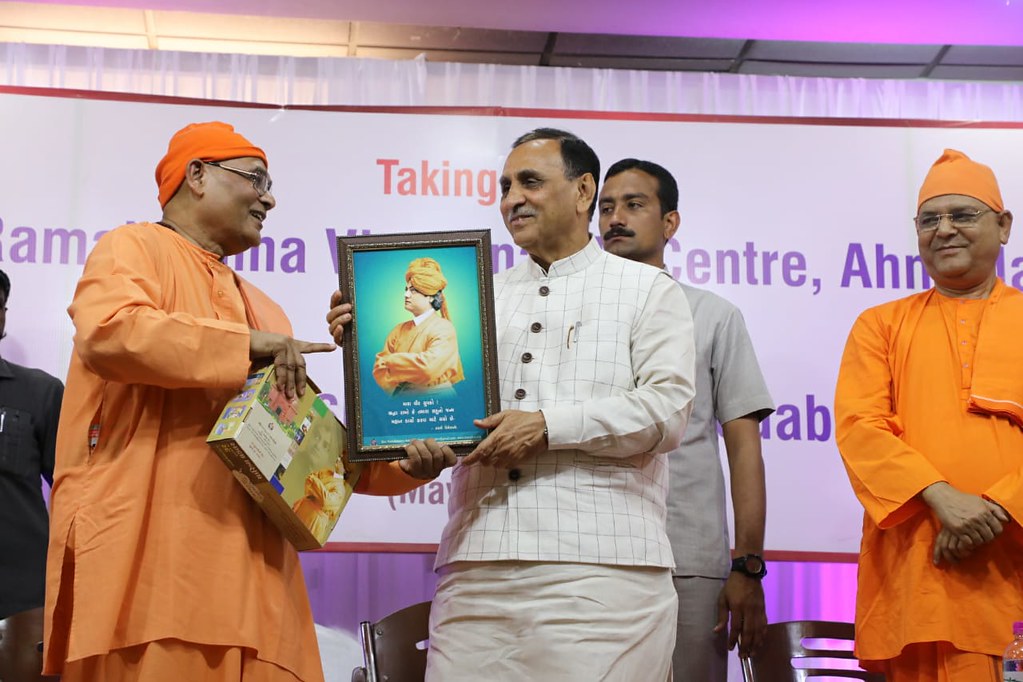 Sri Ramakrishna Vivekananda Centre, Ahmedabad, has been taken over by us and made a sub‑centre of Ramakrishna Ashrama, Rajkot.  The address of the sub-centre is “Ramakrishna Math, A‑202/203, Kalyan Tower, Opp. Alpha One Mall, Vastrapur, Ahmedabad, Gujarat 380 015”, phone no: (079) 2630 3409, email id: <[email protected]> and website: <www.ramakrishnaah.org>.  The sub-centre was formally inaugurated on 30 May in a programme attended by the General Secretary, Chief Minister of Gujarat Sri Vijaybhai Rupani, Deputy Chief Minister of Gujarat Sri Nitinbhai Patel, other dignitaries and about 800 devotees. Photos 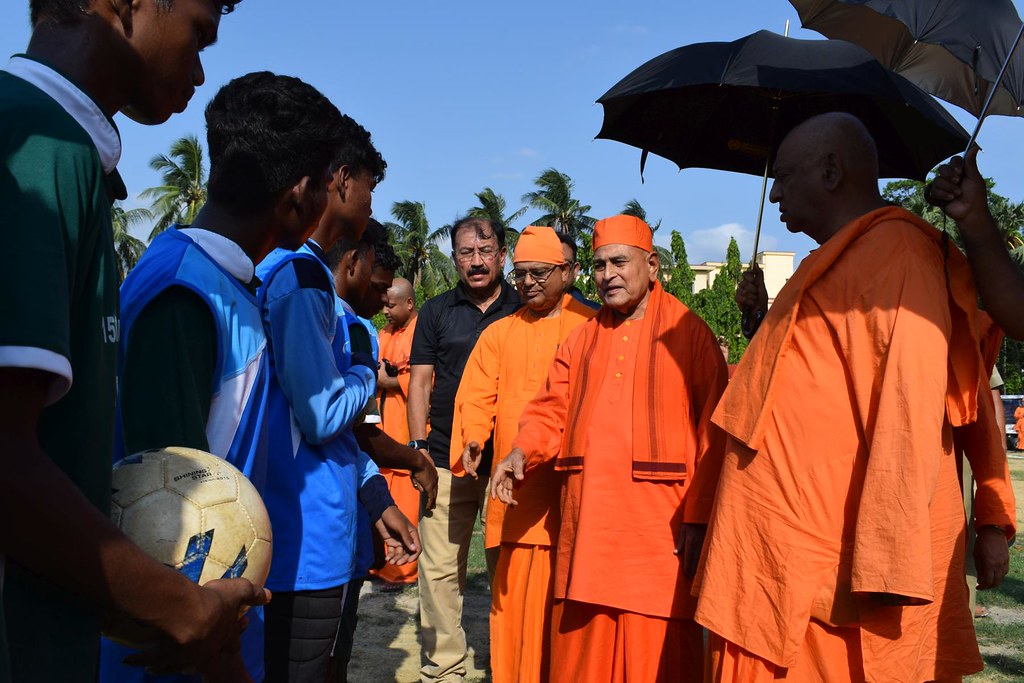 The Headquarters held a football tournament on the playground of Saradapitha from 20 to 26 May in which 16 teams from our schools and ITIs in West Bengal took part.  The Rahara team won the tournament.  Swami Gautamananda ji gave away the prizes on 26 May.

Silchar Ashrama conducted a students’ and teachers’ convention on 25 and 26 May in which 216 students and 56 teachers from 36 schools participated.

Swamiji’s Ancestral House held six lectures at the centre and elsewhere in Kolkata between 23 April and 11 May.  In all, about 2200 people attended the lectures. 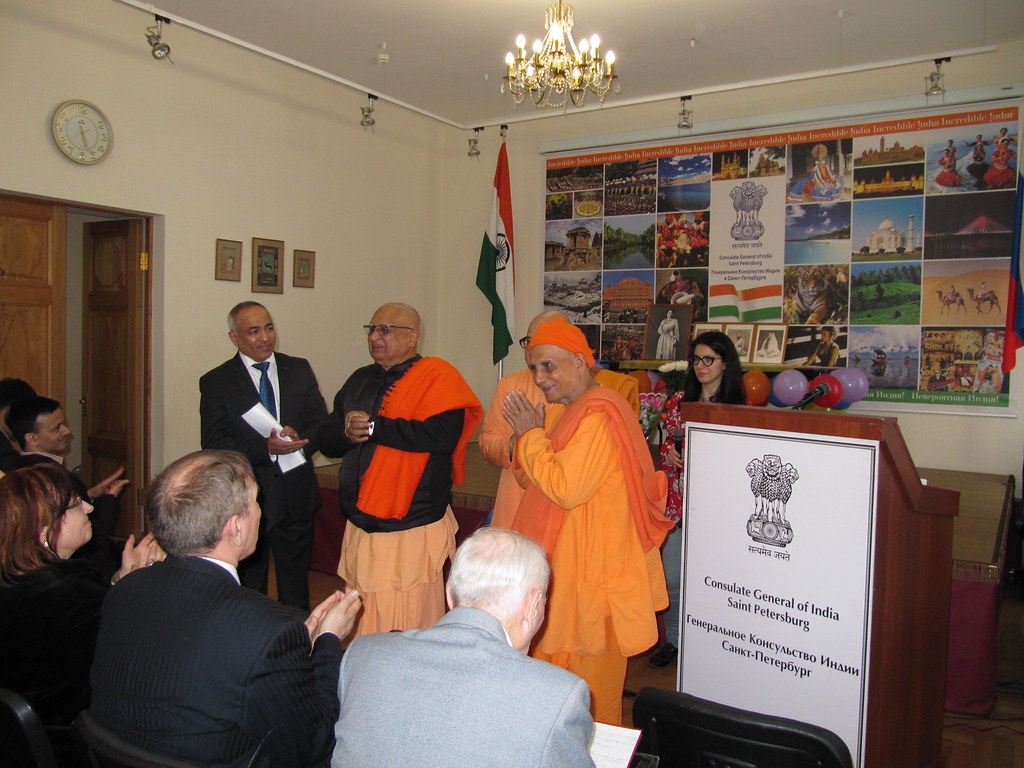 St. Petersburg centre, Russia, conducted a public meeting at the Indian Consulate in St. Petersburg on 20 May which was attended by about 50 people. Photos

Madurai Math distributed buttermilk to about 2500 people from 29 April to 3 May on the occasion of Chaitra Purnima festival.

Swami Gautamananda ji dedicated the new prayer hall and monks’ quarters at Goa centre on 6 May. 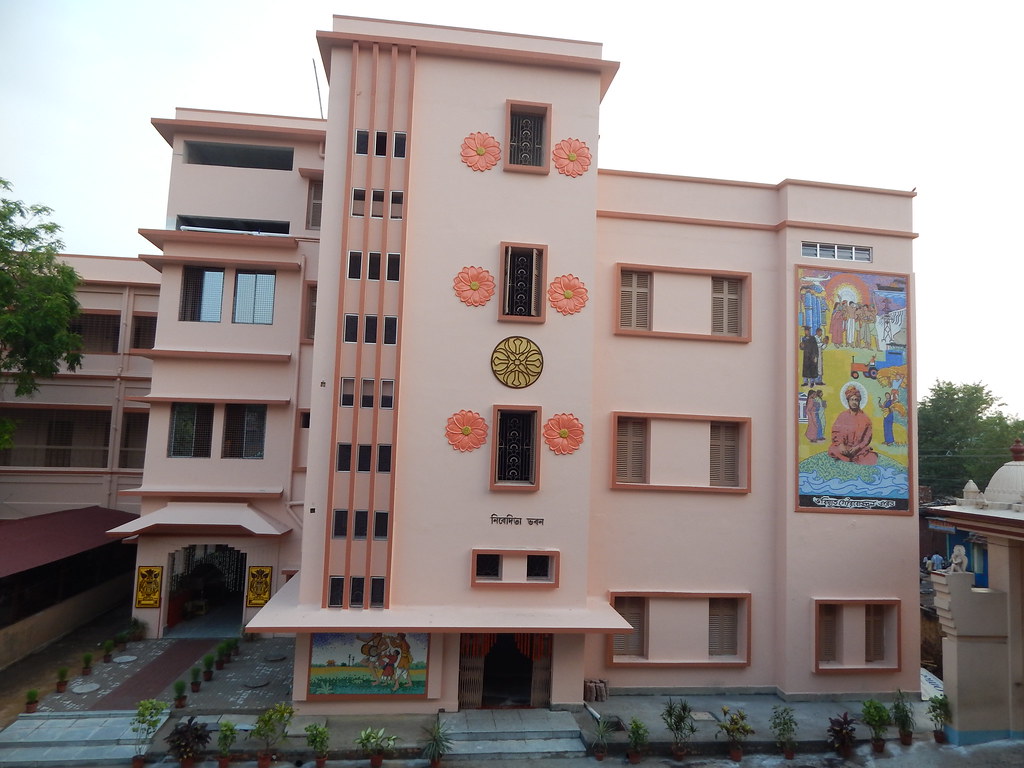 Sri Palanisamy Sathasivam, Governor of Kerala, inaugurated the new blood bank at Thiruvananthapuram hospital on 19 May. 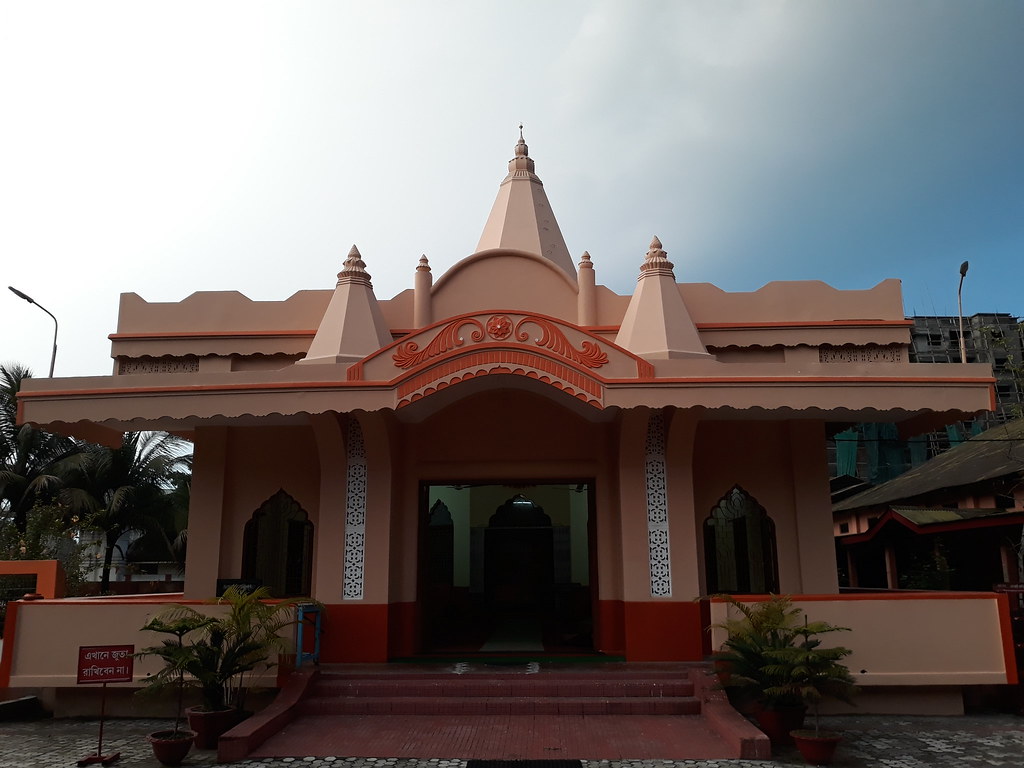 The General Secretary presided over the public meeting held at Dibrugarh centre on 20 May to mark the taking over of Sri Ramakrishna Seva Samity, Dibrugarh, and starting of a branch of Ramakrishna Mission there.  The address and other details of the centre have already been announced in the March 2018 Bulletin. Photos and Report 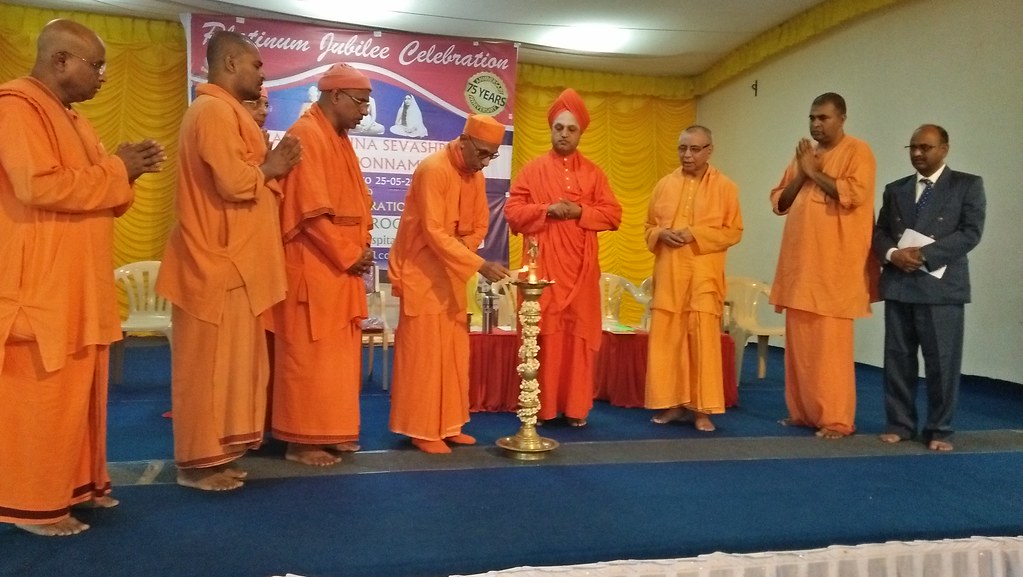 Ponnampet centre held a three-day programme from 23 to 25 May to celebrate the platinum jubilee of its hospital. Swami Suhitananda ji inaugurated Vivekananda Arogya Dhama, the new building for the naturopathy and yoga departments of the hospital, on 24 May.  About 40 monks and a good number of devotees attended the programmes. Photos and Report 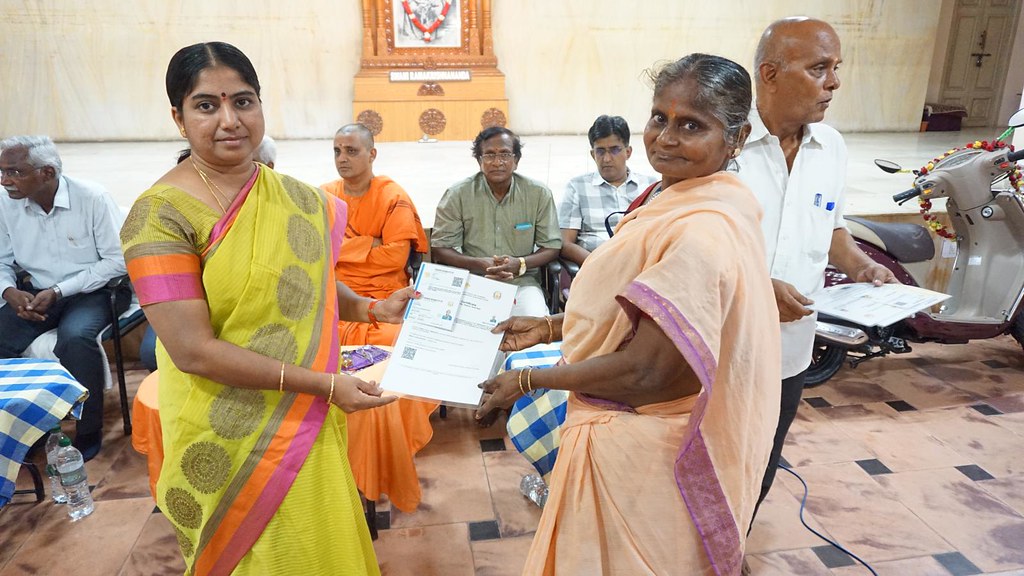 Chennai Math held a programme for Leprosy Cured but Disabled Persons (LCDPs) on 1 May which was attended by about 150 LCDPs and their families.  As part of the LCDPs’ rehabilitation programme, the centre distributed various items to 26 LCDPs to help them earn their living. Photos and Report 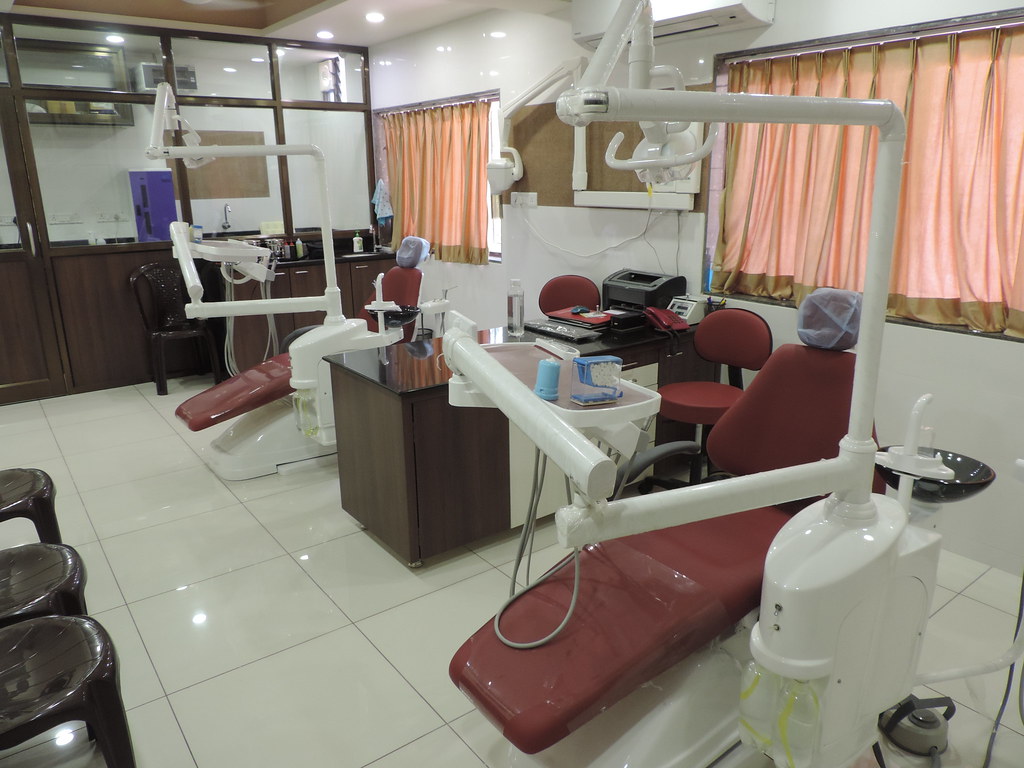 Swami Gautamananda ji inaugurated the newly set up dental department at Rajkot Ashrama on 19 May. Photos

The results obtained by the students of our hostels (not attached to the schools run by our organization) at the Secondary (Class 10) and Higher Secondary (Class 12) Examinations, 2018, conducted by different education boards are given below.  (In all these figures, Star Marks means 75% or more marks, 1st Div. 60% or more marks, 2nd Div. 45% or more but less than 60% marks, and 3rd Div. less than 45% marks.) 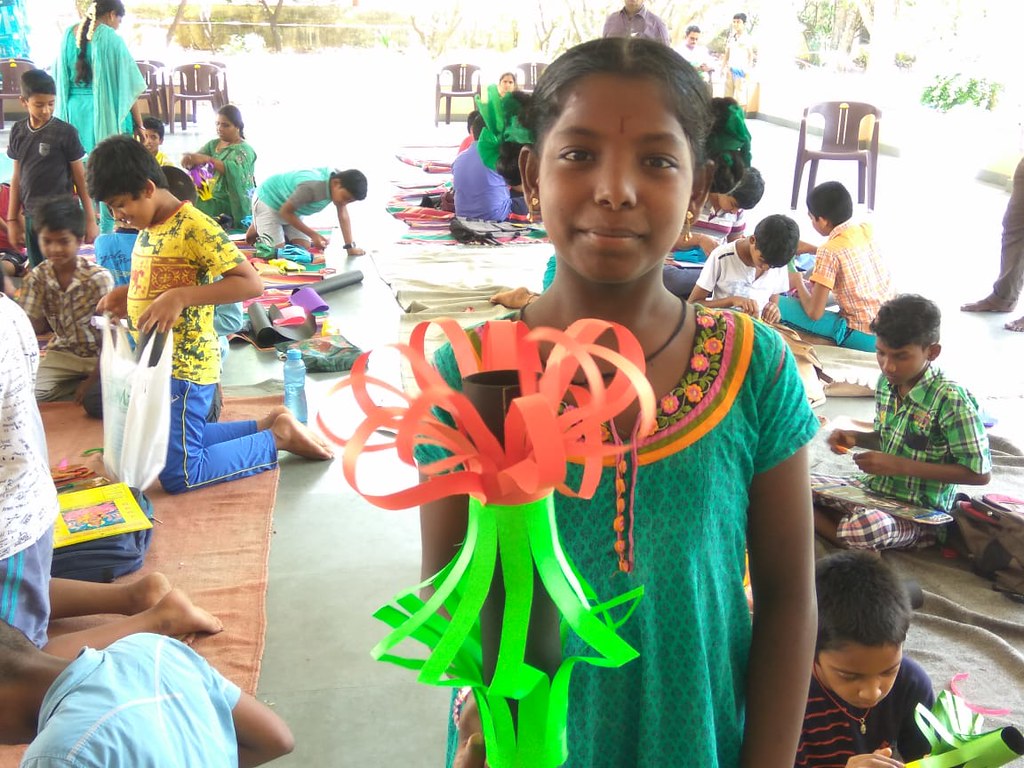 Delhi centre held 21 values education workshops between 2 and 29 May, which were attended by 1182 teachers.  The workshops were held in 10 states apart from Delhi.

Kochi centre held a youth camp from 10 to 13 May in which 30 youths took part.

Kamarpukur centre conducted a cleanliness drive at Kamarpukur village on 27 May.

We record with sorrow the passing away of Swami Kutasthananda (Suresh) at a hospital in Ongole, Andhra Pradesh, on 15 May at 2.30 pm.  He was 68 and had been suffering from psychiatric problems and other ailments for some years.  Initiated by Swami Vireshwarananda ji Maharaj, he joined the Order in 1974 at Secunderabad centre (which was later moved to Hyderabad) and received sannyasa diksha from Swami Gambhirananda ji Maharaj in 1988.  He served at Belur Math and Secunderabad (Hyderabad), Chennai Math, Chennai Mission Ashrama, Chennai Students’ Home, Contai, Tiruvalla, Malliankaranai, Ponnampet, Ootacamund, Kadapa, Barisha, Visakhapatnam, Vrindaban, Kalady, Kozhikode and Ghatshila centres. Owing to his health problems he was brought back to Belur Math in 2016.  Later on, he had been undergoing treatment at different places under the care of Hyderabad centre.  The Swami was austere and amiable by nature.

Inauguration of Ramakrishna Math, Ahmedabad, 30 May 2018