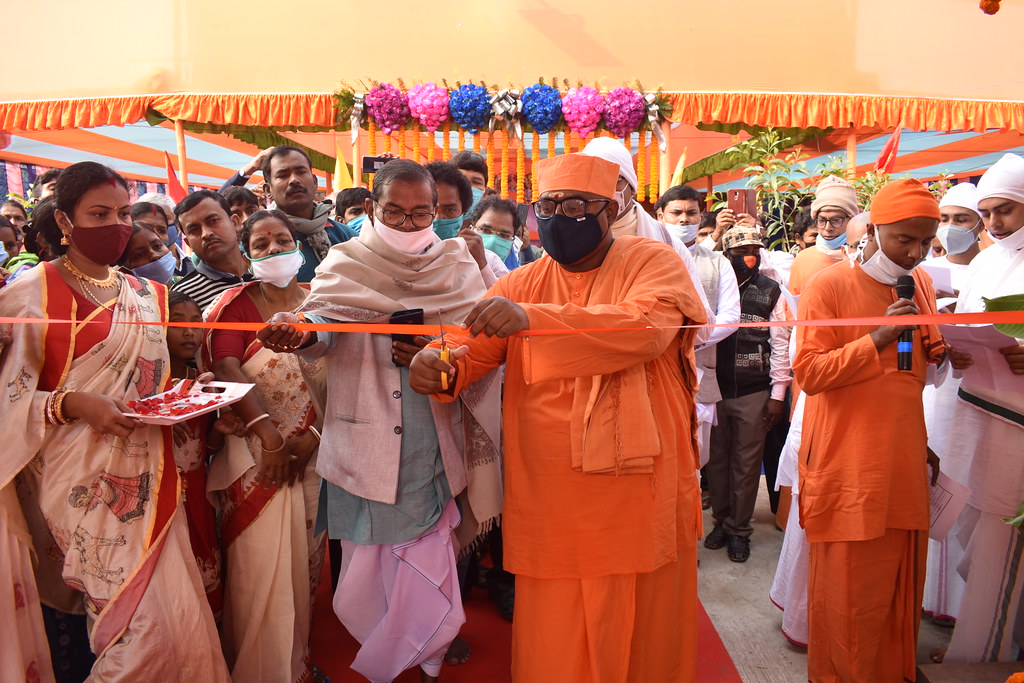 In consequence of Cyclone Amphan which unleashed havoc in May 2020, Ramakrishna Mission Ashrama, Manasadwip organized relief camp within the ashrama campus where 1100 people took shelter and later started primary relief within this island. After completion of the primary relief, the Ashrama started an extensive survey and decided to conduct rehabilitation work. The ashrama rebuilt roofs of 215 houses.

Dhablat Prasadpur Kushadhwaj Sishu Vidyapeeth started in 2012 to provide education to the children from very backward people of Sagar. The members of the School managing committee approached the Ashrama for help in rebuilding their private primary school completely demolished by the super-cyclone. After the survey, a need for the reconstruction of the school was profoundly felt.

Subsequent to the consent of Revered General Secretary to reconstruct the school in a way which could also be used as cyclone relief shelter as and when necessary, the reconstruction commenced on 18 July 2020 on the sacred janmatithi of Swami Ramakrishnanandaji Maharaj, the direct disciple of Sri Ramakrishna. The construction was completed within 148 days and was dedicated on 12 December 2020. Revered General Secretary sent his video message which was played during the inaugural meeting. Shri Bankim Chandra Hazra, Hon’ble MLA of Sagar, the Secretary of Bharat Sevashrama Sangha of Gangasagar unit, Swami Prakashananda Puriji and the undersigned spoke in the meeting. The meeting was attended by the members of the Managing Committee, the teachers, students, parents and villager.

The school authority organized a blood donation camp on 13 Dec ’20. The ashrama also distributed 100 blankets among the poor people of the village.