Serving Pilgrims on their way to Kathirgamam, Sri Lanka: Batticaloa 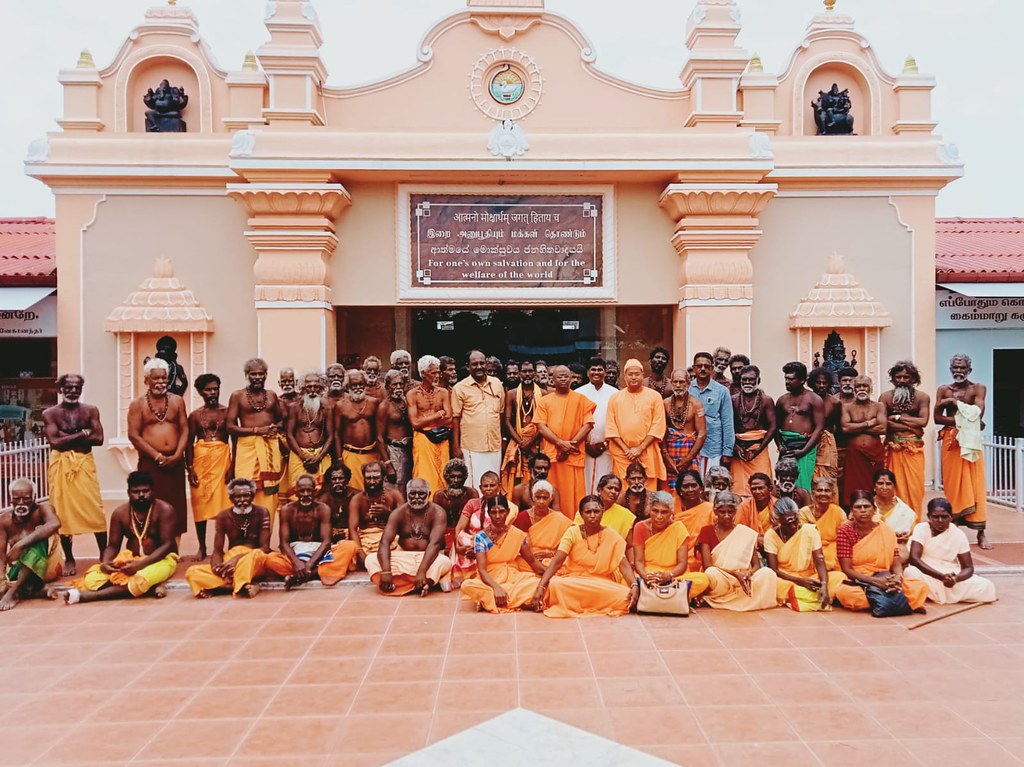 Kathirgamam is a famous pilgrimage town in Sri Lanka sacred to Hindu, Buddhist, and indigenous Vedda people. Devotees from South India also used to visit it. The town has a temple dedicated to Lord Kartikeya. In pre-war times, it was a holy shelter like Rishikesh to local sadhus and saints.

Pilgrims strode on foot to this holy spot covering several kilometres, at times for a month or more. We had a Math centre during the period between 1953 and 1976 but had to be closed down on the order of the Government. While functioning, the Math used to serve food prasad to thousands of devotees and conduct spiritual programs.

Reminiscent of those days of service, on 5 July 2022 around 70 pilgrims en route to Kathirgamam, mostly from Jaffna, had a brief stopover at our sub-centre Batticaloa Ashrama. Bhajans and interactive discourses were arranged for them. We also provided meals, medical care, and a resting place for a day. Some of them are quite aged devotees but firmly determined despite odds and hardships to the inspiration of one and all. Roughly, this group has to walk more than 400 kms to reach Kathirgamam. They will wind up their pilgrimage on 28 July.

Our timely service was much appreciated by the visiting pilgrims under the current crippling economic situation in Sri Lanka. We were told by them that they could not get alms at many places as common people are reduced to poverty.

A Documentary on Ramakrishna Mission in Sri Lanka