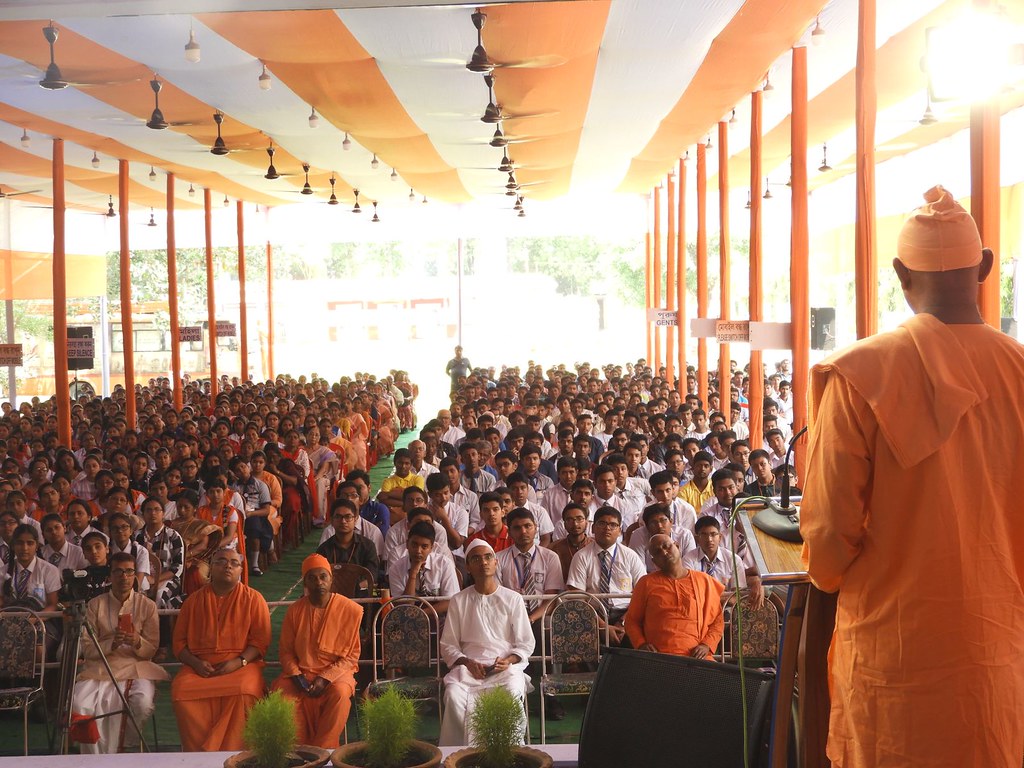 Ramakrishna Mission Ashrama, Jalpaiguri in commemoration of 125th Anniversary of Chicago Addresses and Annual Celebration-2019, conducted a series of programmes on 19-21, 28 April and 05 May 2019.

A Youth Convention was conducted for the students of various educational Institutions. Apart from the 650 registered delegates, a good number of observers, guide teachers, guardians were also present making a total of 750 participants. The students of 11 Schools, 04 Colleges, Members of 07 organizations participated.

The most attractive part of the convention was observed in the students and youth who maintained a pin drop silence in the whole programme and they remained focused to every point of discussions, being appreciated by the Revered Guest Monastics of our order.
The Convention ended at 1.30 PM.

Entire Ashrama Campus was colourfully decorated with flower tubs and illuminated with lights and Messages of Holy Trinity were displayed.

The evening session was dedicated to Sri Sarada Devi and Swami Vivekananda.

More than four hundred people participated in the programme.

After the completion of spiritual discourses, vote of thanks was offered by Sri Mihir Manerjee and Baul Gaan was performed by Sri Tapan Pandit and Party from Malda. The devotees were given Prasad in hand.