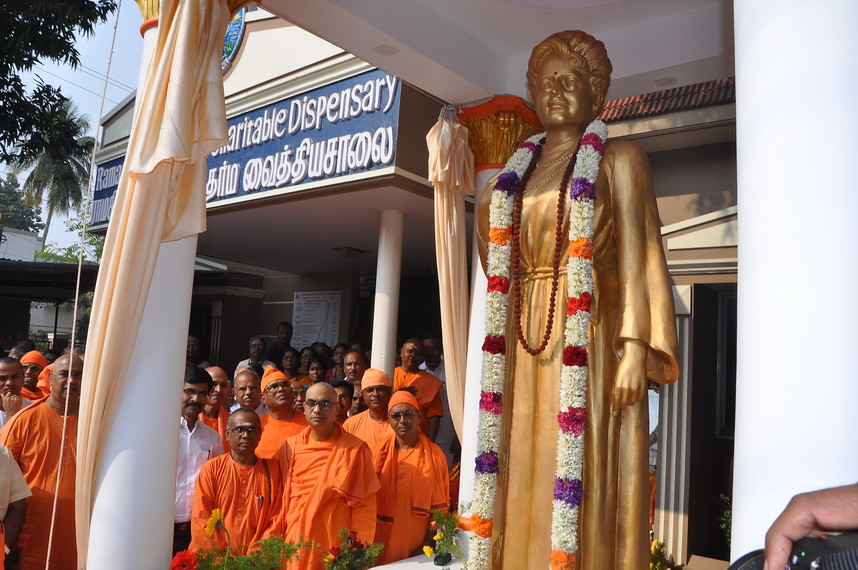 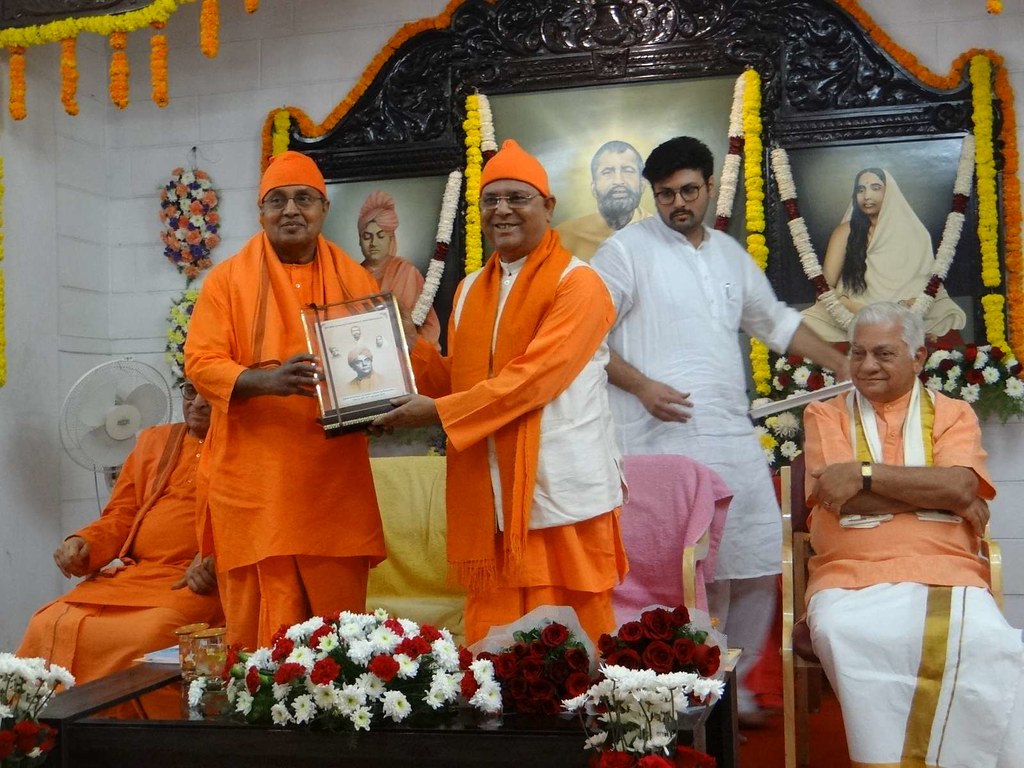 The following programmes were conducted during the year 2017-18:

Four national seminars on Indian Culture and Philosophy were held at the following centres: Hyderabad, Institute of Culture (Kolkata), Pune and Rajkot.

Institute of Culture (Kolkata), hosted an exhibition on Indian Art.

Lucknow centre conducted a spiritual retreat and a special programme for youth.

RKMVERI (deemed-to-be-university) conducted a national seminar on Sanskrit. Ashtavadhanam, a programme in Sanskrit, was also held.

A number of Math and Mission centres, both in India and abroad, commemorated the occasion through different programmes. 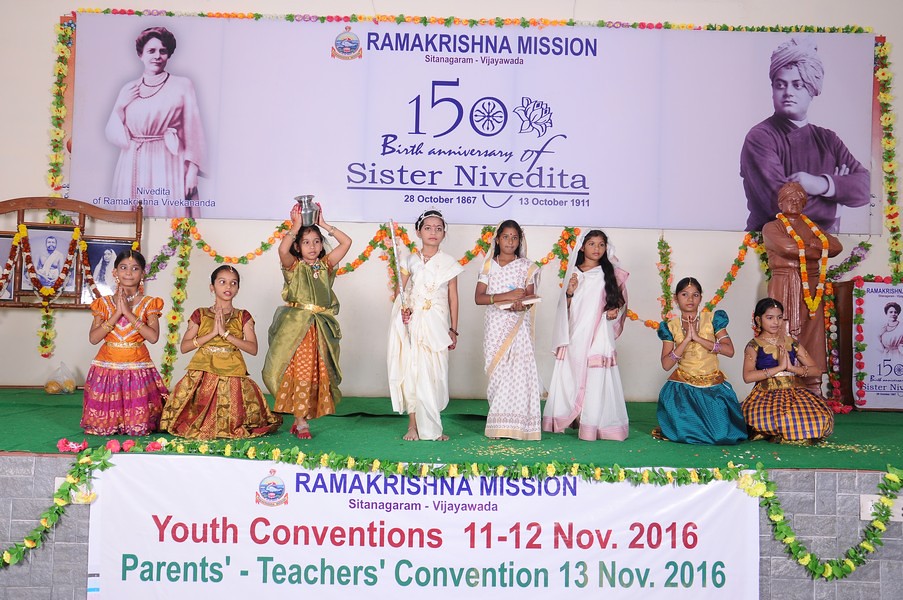 Swami Vagishanandaji formally inaugurated the Ramakrishna Math and Ramakrishna Mission’s celebration of Sister Nivedita’s 150th Birth Anniversary in a function held at Swami Vivekananda’s Ancestral House and Cultural Centre. In the same function, sixteen volumes of Veda-grantha-mala (Bengali translation of the entire Vedas, to be published in fifty-seven volumes), brought out by the Institute of Culture, Gol Park, were also

Statues of Sister Nivedita were installed at Jamshedpur and Salem centres.

Vivekananda Centenary College of Rahara centre published the book, Sister Nivedita and her contributions to India.

Salem centre released a book on Sister Nivedita in Tamil. 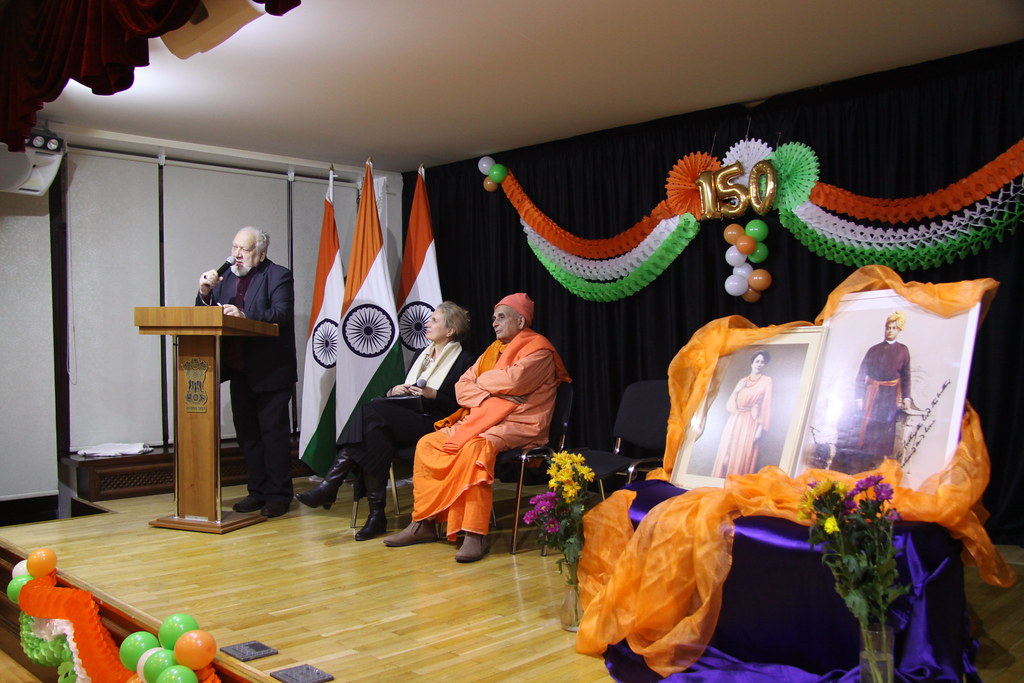 A seminar on Sister Nivedita at Washington University, Louis, in association with St. Louis centre (USA).

A special programme comprising lectures and cultural programmes, in association with the Hindu Temple of Greater Chicago, Lemont.

Public meetings at the University of Chicago and at a public hall in Chicago.

Durban (South Africa) centre held three lectures at its Pietermaritzburg sub-centre, University of KwaZulu-Natal, and the Indian Consulate in Johannesburg.

On the initiative of Ramakrishna Mission and its admirers in London, a commemorative blue plaque was installed at the house of Sister Nivedita in Wimbledon,

Moscow (Russia) centre held a public meeting at the Embassy of India in Moscow.

Sydney (Australia) centre held a series of programmes comprising speeches and cultural events at Gold Coast, Brisbane and Toowoomba cities, all in Queensland,

Singapore centre held a concert in which Sister Nivedita’s life story was depicted in the style of Tamil folk songs using traditional instruments.