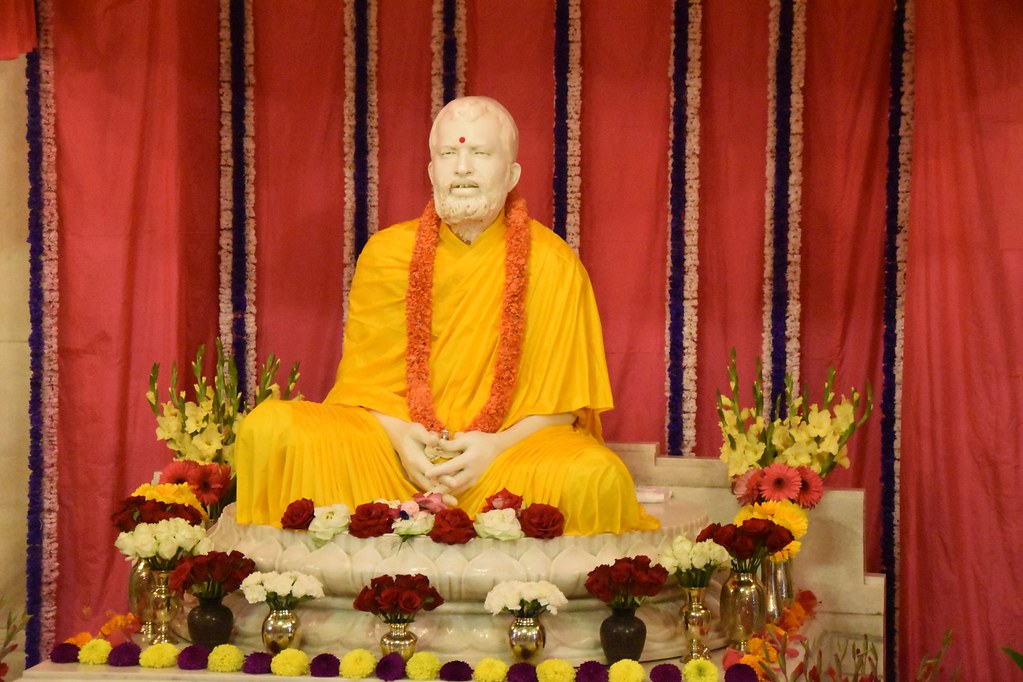 Revered President Maharaj will be visiting the Institute of Culture, Gol Park, from 22 to 31 March.

Swami Vagishananda ji will visit Bajepratappur and Shyamsayer centres from 2 to 8 March, and Mumbai and Nasik from 25 March to 3 April.

Swami Gautamananda ji will be visiting Visakhapatnam, Kothar and Cuttack from 1 to 9 March, Belur Math from 16 to 20 March, and Jaipur, Khetri and Udaipur from 21 to 31 March.
Swami Prabhananda ji will visit Silchar from 2 to 15 March.

Swami Shivamayananda ji will be visiting Koyilandy from 11 to 16 March, and Bikaner from 26 to 31 March.

Swami Suhitananda ji is scheduled to visit Ramharipur from 2 to 8 March, Tamluk and Haldia on 12 and 13 March, Kathamrita Bhavan in Kolkata from 14 to 16 March, and Chandigarh, Shimla and Jammu from 23 March to 6 April. 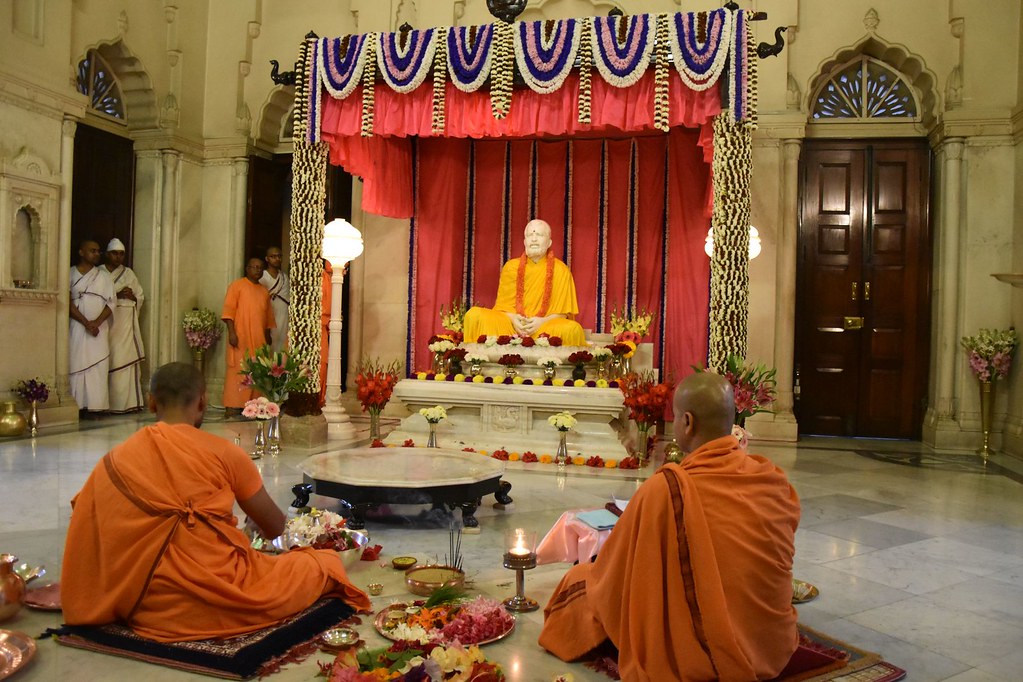 The birthday (janma-tithi) of Sri Ramakrishna Dev was celebrated at Belur Math on Tuesday, 25 February, with spiritual fervour and delight.  Khichri prasad was served to 25,000 devotees.  The General Secretary presided over the public meeting held in the afternoon.  As part of the celebration, a devotees’ convention was held on 28 February in which 2300 devotees participated. Photos

Nattarampalli town has now come under the newly carved out Tirupattur district.  So, the address of our centre there is: 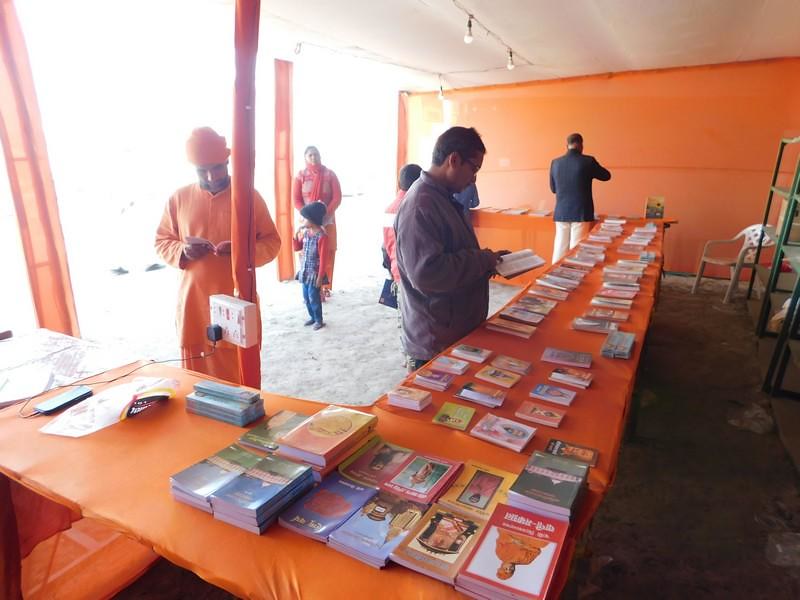 On the occasion of Magh Mela, Prayagraj centre conducted a camp at Triveni Sangam from 8  January to 11 February.  Besides providing board and lodging facilities to devotees in the camp, discourses, devotional singing and an exhibition on the Holy Trio were also held and medical help was given to 14,285 patients. Photos and Report

Salem centre concluded its centenary celebrations with a day-long programme on 2 February.  In the public meeting held on this occasion, Swami Gautamanandaji released a commemorative volume and a book on the history of the centre.  Special lectures and bhajans were also held.  About 2300 devotees attended the programme. 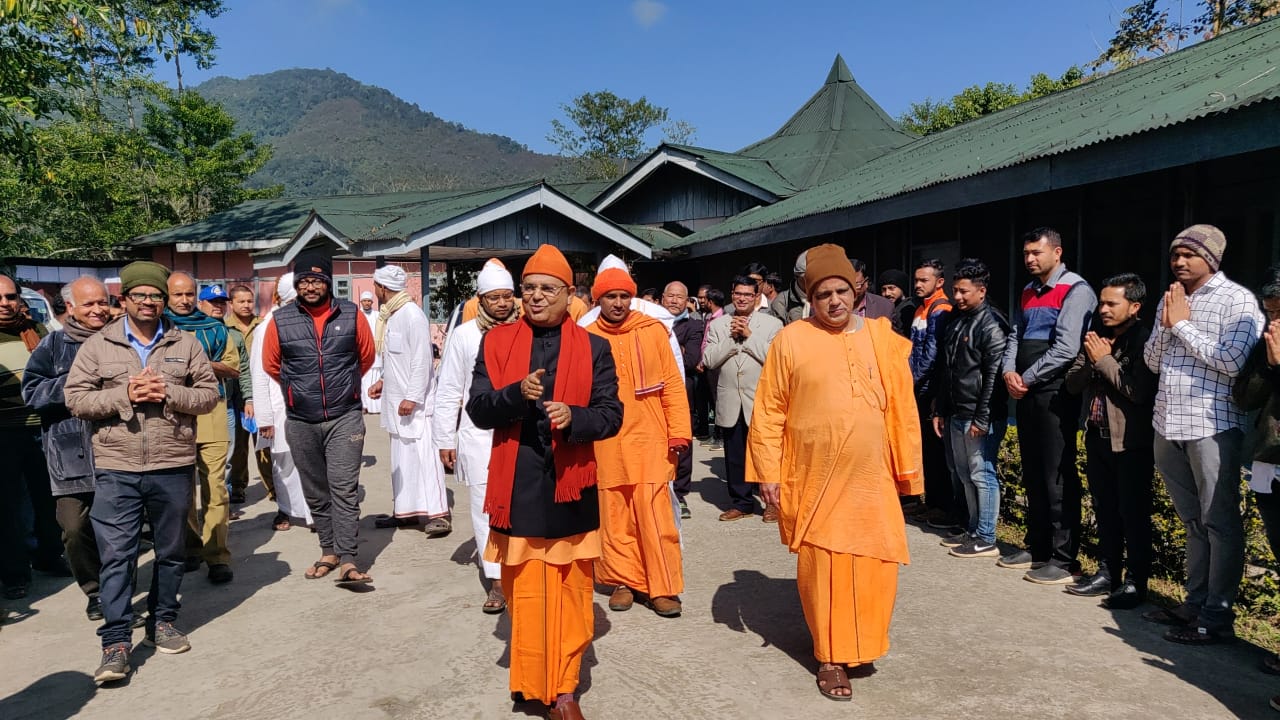 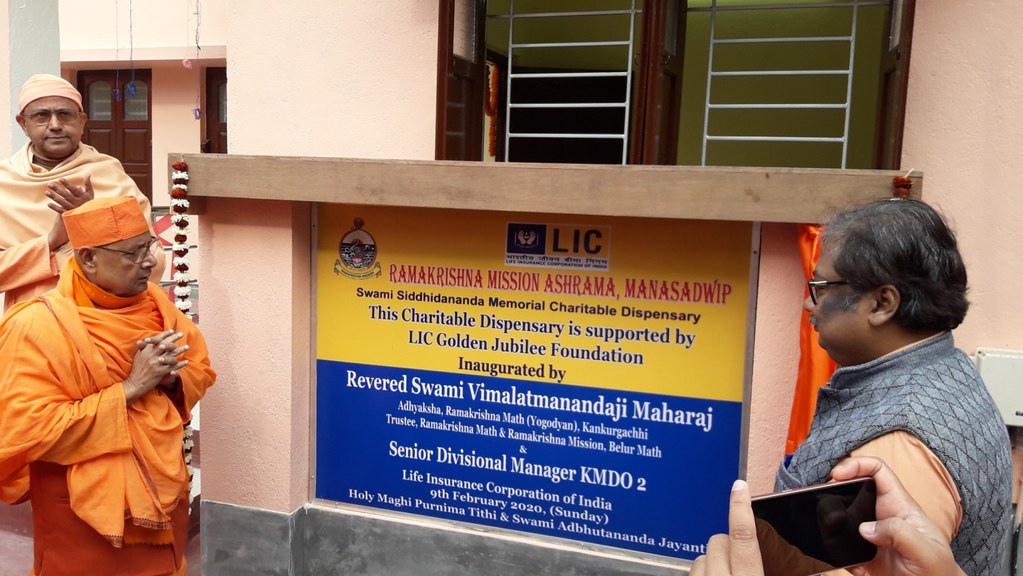 The new dispensary building and the second floor of the school building at Manasadwip centre were inaugurated on 9 February. Photos and Report 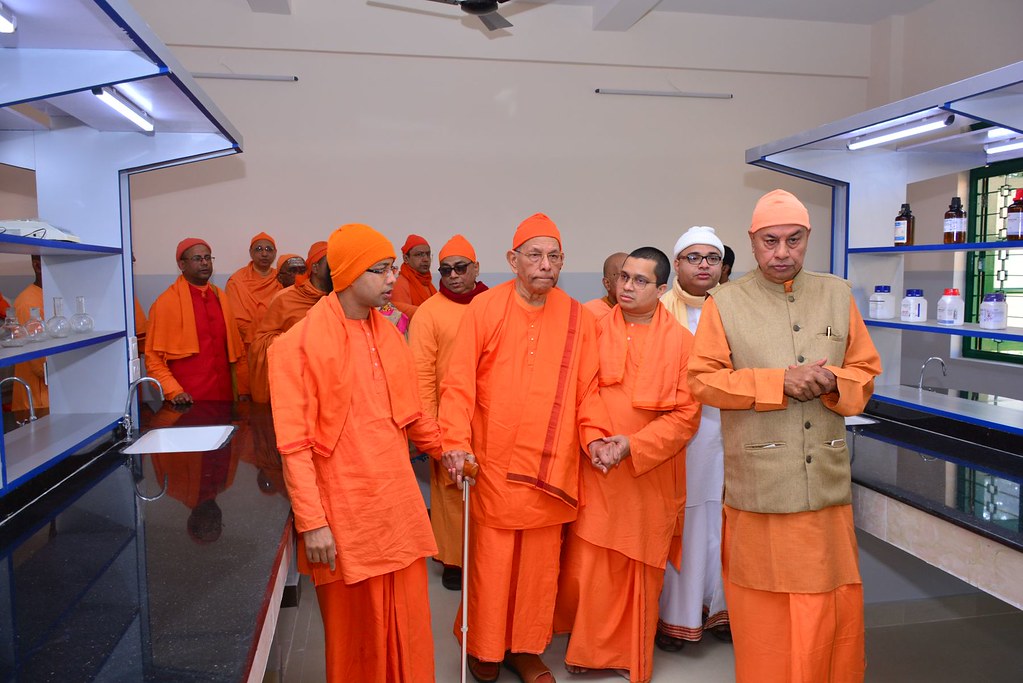 Narainpur Ashrama held a kisan mela (farmers’ fair) on 15 February which was visited by 4500 farmers.

Divyayan Krishi Vigyan Kendra (KVK) of Ranchi Morabadi Ashrama was adjudged the best KVK at the national level by Outlook Hindi, a fortnightly magazine.  Sri Narendra Singh Tomar, Union Minister of Agriculture and Farmers’ Welfare, presented a memento to the Ashrama at a programme held in Delhi on 24 February.

Students of the Sanskrit Department of RKMVERI (deemed university), Belur, won five medals–two gold, one silver and two bronze–in different competitions at the 14th All India Sanskrit Students’ Talent Festival conducted by Rashtriya Sanskrit Vidyapeetha, Tirupati, from 28 to 31 January.  Further, the RKMVERI secured the third position in the medal table.

On the occasion of Kumbhabhishekham of Brihadeeswarar temple at Thanjavur, Chennai Math held a medical camp there on 5 February and also served porridge to about 2000 pilgrims.

Hatamuniguda centre conducted an anaemia treatment camp on 22 and 23 February in which 983 patients received medical attention.

Vadodara Ashrama held an Ayurvedic medical camp on 23 February in which 35 patients were treated.

Haripad Math held a values education camp at a school in Alappuzha district on 16 February in which 391 students participated.

Kanpur centre conducted a youths’ convention on 16 February which was attended by 220 youths.

Medinipur centre held 9 values education workshops in various schools and ashramas in Paschim Medinipur district from 1 to 16 February in which a total of 2845 students and teachers took part.

(i) A written quiz competition on Swamiji in which 88,519 students from 986 schools in Gujarat took part; state-level and district-level toppers were awarded prizes on 6 February;

(ii) Two residential personality development camps on 25 and 26 January and from 7 to 9 February; a total of 114 students participated in these camps;

(iii) Fourteen values education programmes on its campus, and 21 more programmes in five districts of Gujarat from 21 January to 20 February; a total of 7919 students attended these programmes;

(iv) Two workshops in Kutch for teachers on 23 January and 13 February which were attended by 63 teachers in all.

Ramakrishna Math, Shyampukur Bati, held a youths’ convention on 15 February which was attended by 200 youths.

Vadodara centre conducted a values education programme on 23 February in which 27 students participated. We record with sorrow the passing away of Swami Giridharanandaji (Snehamay Maharaj) at Seva Pratishthan, Kolkata, on 21 February, the sacred Shiva Chaturdashi day, at 7.25 pm. He was 78. Initiated by Swami Vireshwaranandaji Maharaj, he joined the order in 1968 at Purulia Vidyapith and received sannyasa diksha from his guru in 1978. He served at the headquarters office, and at Purulia, Jayrambati and Khetri centres. Due to his fragile health, he retired from active life in 1996 and since then had been staying at Belur Math. Austere, guileless and unassuming by nature, he endeared himself to all who came in contact with him.