Laying of Foundation Stone at Gurugram 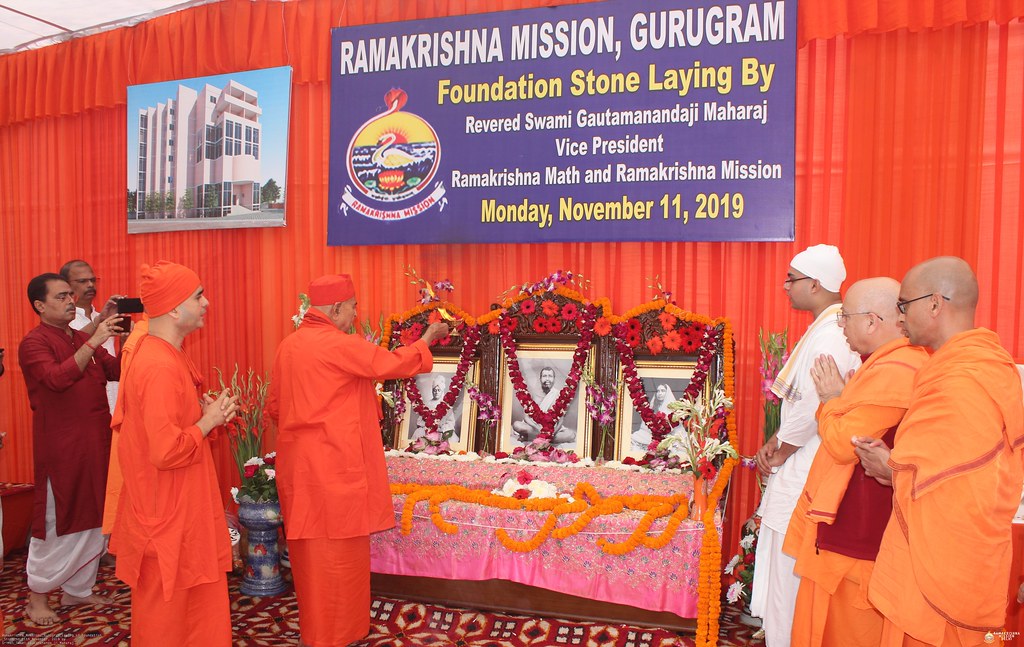 Ramakrishna Mission, New Delhi has recently been able to acquire a piece of land from the State Government of Haryana.  A spacious building is to be constructed on this land which will serve as the Ramakrishna Mission, Gurugram. In addition to regular spiritual activities, the centre will serve as the National Hub of the ashrama’s activities in providing Value Education.

Revered Swami Gautamanandaji Maharaj laid the Foundation Stone for the proposed building. It was a beautiful and solemn function attended by about 20 monastics and 350 devotees. Swami Bodhasarananda, Assistant General Secretary, proposed the vote of thanks. Immediately after the function, a Narayan Seva was arranged in which 650 Daridra Narayanas were sumptuously fed.