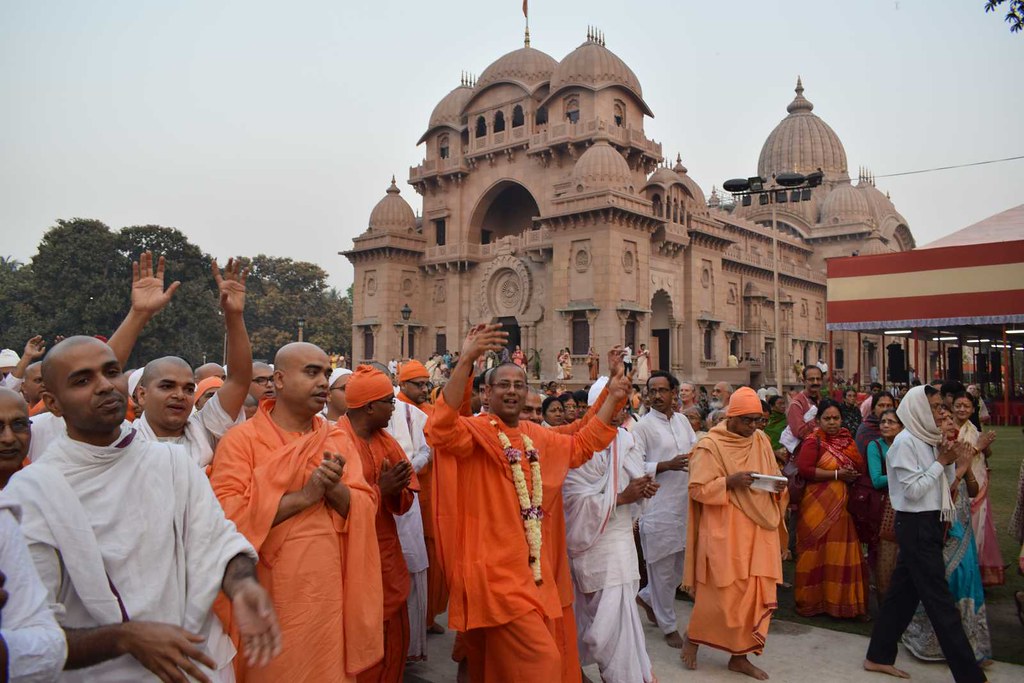 Most Revered Swami Smarananandaji, Vice-President, will be visiting Kankurgachhi Math from 17 to 29 March.  He is keeping well.

Most Revered Swami Vagishanandaji, Vice-President, was admitted to a hospital in Mumbai on 15 February and was implanted with a pacemaker on the 16th.  He was discharged from the hospital on 19 February and returned to Cossipore Math on the 27th. He is keeping well.

Most Revered Swami Prabhanandaji, Vice-President, is scheduled to visit Balaram Mandir from 6 to 11 March, and Somsar, Jayrambati and Kamarpukur from 18 March to 3 April.  He is in good health. 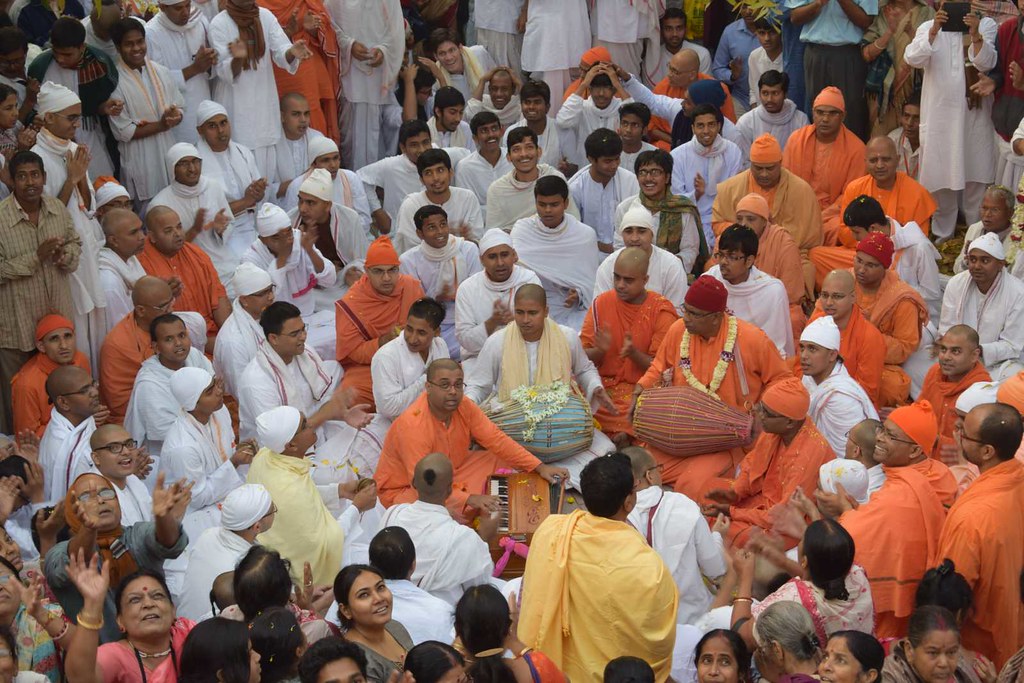 The  birthday  (janma-tithi)  of  Sri  Ramakrishna  was  celebrated  at  Belur  Math  on  Tuesday, 28 February.  Cooked prasad was served to about 25,000 devotees.  Swami Girishananda presided over the public meeting held in the afternoon. See Photos : http://mediabelur2.wpengine.com/sri-ramakrishnas-birthday-celebration-2017-photo-1036

Swamiji’s Ancestral House conducted a special lecture on 10 February which was attended by about 300 people.

Vadodara centre held a meditation camp on 26 February in which 80 people participated.

Barisha Math held a students’ convention on 17 February in which 430 students and 65 teachers from 11 schools participated.

Chennai Vidyapith conducted public meetings and cultural competitions from 1 to 8 February in which about 5000 students took part.  A blood donation camp was also held in which 1508 students donated blood.

On 19 February, Cuttack sub-centre of Ramakrishna Mission, Bhubaneswar, held a seminar on Sister Nivedita in which 112 youths participated.

Kankurgachhi Math conducted a devotees’ convention on 22 January which was attended by about 550 devotees.

Lucknow Math held a youths’ convention on 5 February in which 450 youths took part.

Mysuru centre held a written quiz competition on Sister Nivedita in which about 30,000 students from 320 schools participated. The winners were awarded prizes on 30 December.

Port Blair centre conducted a youths’ convention for MBBS students on 21 February in which about 350 people took part.

Puri  Mission  Ashrama  conducted  a  youths’  convention  on  3  February  and  a  devotees’ convention on 4 and 5 February which were attended altogether by about 400 people.  Besides, a written quiz competition and a public meeting were held at a school in Mayurbhanj district on 10 February in which about 400 students participated.

Raipur centre held a symposium on 13 February which was attended by about 500 people.

Ranchi Morabadi centre held youths’ conventions at four places in Ranchi and Khunti districts from 14 to 23 February. In all, about 1500 youths took part in the conventions.

Swamiji’s Ancestral House conduced two devotees’ conventions and two lectures at the centre between 23 January and 17 February which were attended altogether by 1400 people.  On the centre’s initiative, seven public meetings were held in and around Kolkata from 22 January to 18 February. In all, about 3200 people attended the meetings.

Vijayawada centre conducted cultural competitions on 19 February in which 1300 students from 50 schools of Andhra Pradesh and Telangana states took part.

On the occasion of the golden jubilee of Aalo centre, a fibreglass statue of Swamiji has been installed on the centre’s campus. The statue was unveiled on 17 February.

Asansol centre built a temporary shed to give shelter to pilgrims during Jayadev Mela at Kenduli in Birbhum district. About 2000 pilgrims stayed in the shed from 13 to 15 January.

The newly developed playgrounds at Hatamuniguda centre were declared open on 3 February.

On 17 February, Sri Ram Kripal Yadav, Minister of State for Rural Development, Government of India, visited Tirlakocha village in Ranchi district to see the rural development works being carried out by Ranchi Morabadi centre which have earned a good name.

Tiruvalla Ashrama held Sri Ramakrishna Vachanamrita Sathram, a week-long festival centred on The Gospel of Sri Ramakrishna, from 21 to 27 February.  Sri Narendra Modi, Prime Minister of India, inaugurated the festival through videoconferencing.   A large number of people participated in the programme.

An assistant professor at Narendrapur faculty centre of Vivekananda University received the Young Scientist Award from the Society of Extension Education, Agra, for his contribution to the field of extension education. The award was handed over on 29 January in the 8th National Extension Education Congress held at National Academy of Agricultural Research Management, Hyderabad.

Seven students of the Sanskrit Department of Vivekananda University, Belur, won 2 gold medals, 1 silver medal, 3 bronze medals and 3 consolation prizes at the 11th All India Sanskrit Students’ Talent Festival conducted by Rashtriya Sanskrit Vidyapeetha, Tirupati, from 30 January to 2 February. All the winners received certificates and cash prizes in addition to the medals.

Chennai Math conducted Sunday classes from July 2016 to February 2017 for students in the age group  8-13. About 200 students  took part in  the programme  which included yoga exercises,   drawing, handicraft, narration of  the  lives   and teachings of saints, bhajans, stotras, etc.

Vivekananda Institute of Human Excellence of Hyderabad Math   conducted  an  advocates’  convention on 11 February. About 400 advocates and some senior  judges took part in the convention.

Jaipur centre  conducted   a  medical  camp  at  a  village  in Chaksu Tahsil of Jaipur district on 19 February, in which 235 patients were treated.

Kanpur centre held a medical  camp on 5 February  and a dental camp on 12 February, in which altogether  181 patients were treated.

Ranchi Morabadi centre conducted an eye care programme from 27 January to 21 February in which eye check-up of 1843 children and 106 adults was done and 4 patients were operated upon for cataract.

Delhi centre held five values education workshops for school principals from 2 to 15 February which were attended by 461 principals. The workshops were held at Chandigarh, Mumbai, Varanasi, Chennai and Ahmedabad.

Mangaluru centre conducted values education programmes at 7 educational institutions from 9 to 13 February in which 1350 students participated.   The centre also held, in the same period, 6 workshops for housewives at different localities in Mangaluru which were attended altogether by about 2500 women.

Nagpur Math conducted a convention for women students on 22 December in which about 800 students studying in different colleges and 50 professors participated.

Vadodara centre conducted a written quiz competition on Swamiji in which 64,917 students from 787 schools in Gujarat took part. State and district level toppers were awarded prizes on 5 February.

Polytechnic  students  of  Chennai  Students’ Home  cleaned  Marina  Beach  in  Chennai  on 16 January, following the Pongal celebration there.  On 12 February, the centre held a cleaning programme in which about 25 former students of the institution cleaned a few public streets.

Coimbatore Mission Vidyalaya conducted four cleaning drives in February in which Vidyalaya students cleaned some public places including a school and the premises of a forest range office.

Kamarpukur centre  carried  out  a  cleanliness  drive  on  19  February  in  which  57  people participated.

Mangaluru centre held the following events in February: (i) Thirty-seven cleaning drives in and around Mangaluru on four Sundays in which altogether 5300 volunteers participated, (ii) A day-long art  camp  on  11  February  to  create  awareness  among  students  about  cleanliness  in  which 150 students took part, and (iii) A rally, attended by about 1500 people, on 19 February to mark completion of 200 drives in the ongoing third phase of Swachchha Mangaluru.

Swami Shrinivasanandaji (Hrisikesh Maharaj) passed away at Seva Pratishthan, Kolkata, on 4 February at 8 am.  He was 83 and had been suffering from Asthma and Parkinsonism for some years.  Initiated by Swami Vishuddhanandaji Maharaj, he joined the Order in 1962 at Saradapitha centre and had Sannyasa from Swami Vireshwaranandaji Maharaj in 1971.   Besides his joining centre, he served at Baghbazar, Tamluk and Ranchi Sanatorium centres as an assistant and Barasat and Contai centres as the head for short periods.  For some years he also gave classes at Probationers’ Training Centre.  He had been living a retired life at Belur Math since November 1999. Austere and affectionate by nature, the Swami endeared himself to all who came in contact with him.

We are also sorry to announce the death of Br. Madhurachaitanya (Devavrata) under tragic circumstances on 13 February in the morning at Delhi centre.  He was 36 and had been suffering from depression for some months.  An initiated disciple of Swami Atmasthanandaji Maharaj, he joined the Order at Belur Math in 2008 and had Brahmacharya from his Guru in 2014.  Besides Belur Math, he served at Guwahati and Delhi centres. He was simple and gentle by nature.