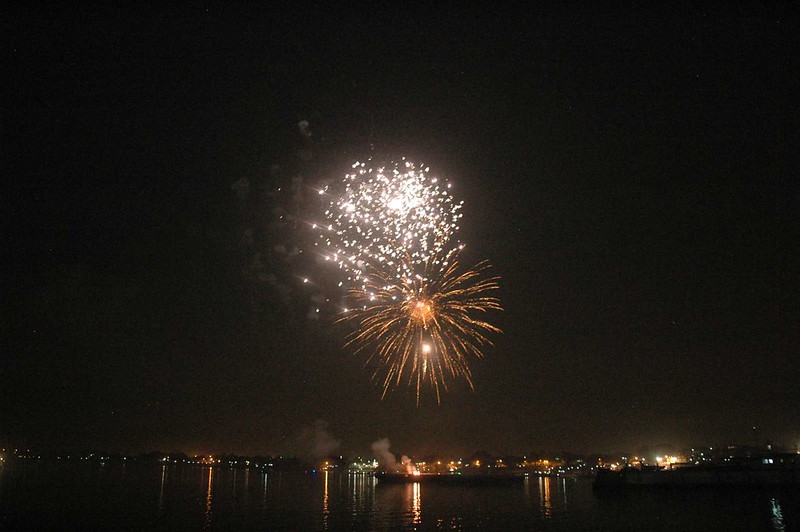 Revered President Maharaj will be visiting Delhi and Mayavati from 19 March to 7 April.  He is keeping well.

Swami Vagishananda ji is scheduled to visit Barasat from 3 to 8 March, and the Institute of Culture, Kolkata, from 20 to 25 March.  He is keeping well.

Swami Gautamananda ji is scheduled to return to India on 2 March after his tour of Dhaka.  He will be visiting Bengaluru and Tumakuru from 2 to 6 March, Belur Math and the Institute of Culture, Kolkata, from 13 to 21 March, Malliankaranai on 23 March, and Pune from 24 to 27 March.  He is in good health.

Swami Prabhananda ji will be returning to Belur Math on 11 March after his visit to the Institute of Culture, Kolkata.  He is keeping well.

Swami Shivamayananda ji is scheduled to return to Kankurgachhi on 6 March after his visit to Sandelerbil village in North 24 Parganas district.  He will be visiting Balaram Mandir from 8 to 10 March, and Nagpur from 24 to 29 March.  He is in good health.

Swami Suhitananda ji will be visiting Tamluk, Baruna and Contai from 4 to 12 March, and Jaipur, Bikaner, Jodhpur and Varanasi from 18 to 31 March.  He is keeping well. 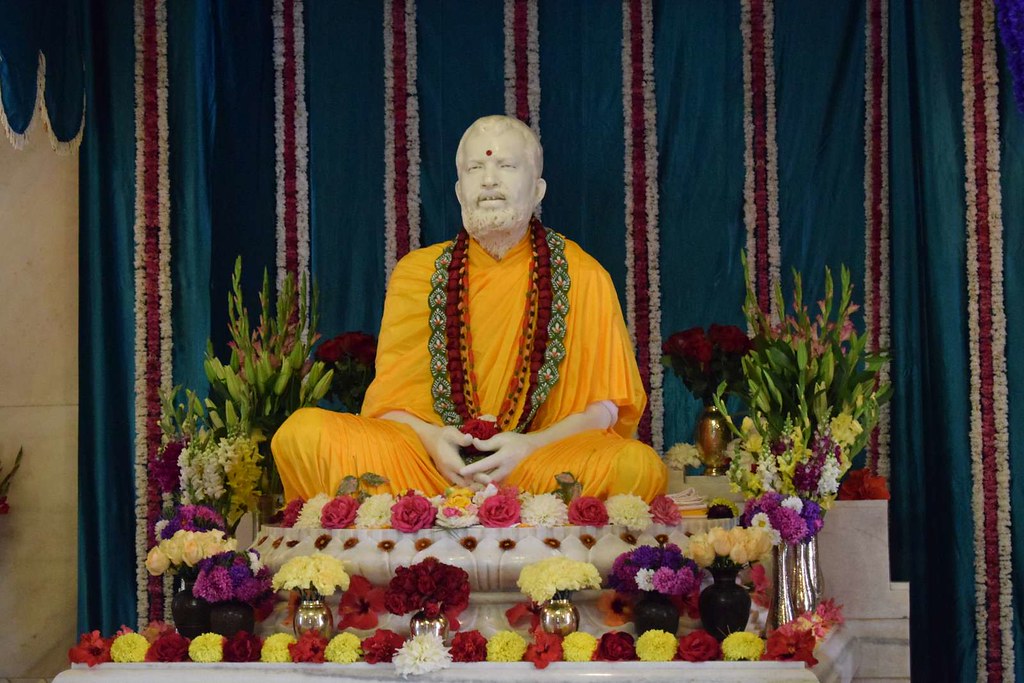 The birthday (janma-tithi) of Sri Ramakrishna was celebrated at Belur Math on Saturday, 17 February.  Cooked prasad was served to about 30,000 devotees.  The General Secretary presided over the public meeting held in the afternoon.  As part of the celebration, a devotees’  convention was held on 21 and 22 February in which nearly 4000 devotees participated. Photos | Videos

The annual Public Celebration in connection with Sri Ramakrishna’s birthday was held at Belur Math on Sunday, 25 February.  More than a lakh people visited the premises in the course of the day.  Cooked prasad was served to about 37,000 persons. Photos.

A new branch centre of the Ramakrishna Mission has been started at Davanagere in Karnataka.  The address of the centre is “Ramakrishna Mission, 7th Main Road, MCC ‘A’ Block, Davanagere, Karnataka 577 004”, phone number: (08192) 220911, and email id <[email protected]>.

Another branch centre of the Ramakrishna Mission has been started at Dibrugarh in Assam.  The address of the centre is “Ramakrishna Mission, Purnananda Road, Dibrugarh, Assam 786 001”, phone number: 90518 89322, and email id <[email protected]>.

On 3 and 4 February, Rajkot centre held a national seminar on Indian Culture and Philosophy, which was attended by about 800 delegates from 10 states. Photos and Report.

On 29, 30 and 31 January, RKMVERI (formerly called Vivekananda University) conducted a national seminar on Sanskrit spread over eight sessions.  Vice-President Swami Shivamayananda ji, the General Secretary, and many other eminent people and scholars spoke in the seminar, which was attended by about 400 people.  An Ashtavadhanam, a programme in Sanskrit, was also held.

The following centres commemorated the 150th birth anniversary of Sister Nivedita by holding the programmes mentioned against their names:

Antpur: A women’s convention on 9 February in which around 100 women participated.

Asansol: A values education programme for parents on 11 February attended by 1150 people. Photos and Report.

(i) A state-level yoga and Kalaripayattu (a martial art) competition on 31 January in which 661 students from 35 schools participated. Photos and Report.

(ii) An international conference on the Greatness of India on 3 and 4 February in which 573 people took part, and

(iii) A procession, a public meeting and a debate on 7 February attended by about 2500 people.

Contai: A devotees’ convention on 2 January attended by 250 people.

Hyderabad: A youths’ camp on 24 February attended by 170 youths.

Malda: A youths’ convention on 18 February in which 350 people took part. Photos and Report.

Malliankaranai: Speeches and film shows on Sister Nivedita at three schools and an ITI between 19 and 27 February.  In all, 614 students attended the programmes.

Mangaluru: A programme on women empowerment on 10 February which was attended by about 650 women studying in various colleges.

Medinipur: A students’ convention on 19 February in which 450 students took part.

(i) A youths’ convention on 9 February attended by 1540 students from different colleges. Photos and Report.

(ii) A convention for professionals on 10 February in which 620 people from different walks of life took part. Photos and Report.

(iii) A devotees’ convention on 11 February attended by 820 people. Photos and Report.

Ramharipur: A students’ convention on 23 February which was attended by nearly 600 students from 23 schools.

Salem: A programme consisting of meditation, lectures and yogasanas at the Salem central prison on 21 January in which 150 inmates took part.

Silchar: Talks on 21 and 22 February which were attended by about 400 people.

Swamiji’s Ancestral House: Four lectures in and around Kolkata between 24 January and 20 February which were attended by 2800 people in all.

On the occasion of Magh Mela, Allahabad centre held a medical camp, discourses, devotional singing and an exhibition on the Holy Trio at Triveni Sangam from 1 to 31 January.  In all, 14,757 patients were treated at the medical camp and nearly 80,000 people visited the exhibition.

​Aalo centre celebrated its golden jubilee from 2 to 4 February.  Vice-President Swami Gautamananda ji, Union Minister of State for Home Affairs Sri Kiren Rijiju, some ministers of the Government of Arunachal Pradesh, and several other dignitaries, teachers and students addressed the meetings.  A commemorative volume, two books and a DVD were also released on the occasion.  Cultural programmes were held on all days of the celebration.  Prizes were distributed to the winners in different cultural competitions and sports events that had been conducted earlier in commemoration of the golden jubilee.  About 2000 people attended the programme on each day. Photos and Report.

Ranchi Morabadi Ashrama held a kisan mela (farmers’ fair) on 1 and 2 February.  Chief Minister of Jharkhand Sri Raghubar Das, Jharkhand Minister for Agriculture Sri Randhir Kumar Singh, and a few officers from the Jharkhand Government, among others, attended the concluding programme.  The fair was visited by about 16,000 farmers. Photos and Report.

Bagda Math conducted a free homeopathic treatment camp at a village in Purulia district on 4 February in which 122 tribal patients were given medicines. Photos and Report.

Chennai Math held speeches and a medical camp at a government-run rehabilitation centre for Leprosy Cured but Disabled Persons (LCDPs) located at Paranur, near Chengalpattu, on 30 January, the Leprosy Awareness Day.

Garbeta centre concluded its year-long centenary celebration through a youths’ convention held on 16 February in which 850 youths took part.

Jaipur centre conducted a medical camp at Kherli village in Dausa district on 4 February in which 440 patients were treated. Photos and Report.

Medinipur centre held a free medical camp on the premises of a school in a backward tribal area in Salboni block, Paschim Medinipur district, on 26 January.  Ten doctors, including a pediatrician, a gynecologist and a dentist, treated 1079 patients.

The platinum jubilee of Narendrapur Ashrama, the diamond jubilee of its Vidyalaya (higher secondary school), and the golden jubilee of its Industrial Training Centre were celebrated from 26 to 29 January.  Revered President Maharaj, Vice-Presidents Swami Vagishananda ji and Swami Shivamayananda ji, the General Secretary, Governor of West Bengal Sri Keshari Nath Tripathi, and a number of other dignitaries took part in the various public meetings held in this connection.  Seminars, cultural events and a fair were also held, and a special postal cover was released to commemorate the event.  In all, about 600 monastic brothers and two lakh students, alumni, teachers and devotees attended the celebrations.

Eight students of class 11 of Rahara school, who had participated in the Junior Scholarship Test 2017 conducted by the Jagadish Bose National Science Talent Search in Kolkata, were awarded junior scholarships, and another student received a junior encouragement award.  The school also won the second prize in the competition.

Tiruvalla Math held a medical camp at a tribal colony near Sabarimala on 31 January in which 33 people were examined.

A statue of Swamiji has been installed at Seva Pratishthan.  Mamata Banerjee, Chief Minister of West Bengal, unveiled the statue through remote control on 8 January, the holy birthday of Swamiji. Photos.

Seva Pratishthan, Kolkata, conducted a day-long medical camp in the annual Public Celebration held at Belur Math on 25 February.  A team of four doctors, seven nurses and some paramedical staff treated 375 patients in the camp.

Cooch Behar Math conducted a youths’ convention on 18 February which was attended by 260 students and 20 teachers.

Kanpur centre held a lecture programme at a school in a village in Unnao district on 15 February which was attended by 425 students and teachers.

Mysuru Ashrama conducted 10 lecture programmes in different colleges in Mysuru and in the Ashrama between 19 and 24 February.  In all, about 4500 students attended these programmes.

Rajkot Ashrama held 9 values education programmes for school children from 7 to 20 February.  In all, 679 students from 9 schools took part in the programmes.

Salem Ashrama conducted a values education programme at a college in Namakkal on 29 and 30 January which was attended by 200 students.

Vijayawada centre held five symposia based on the book Personality Development, a compilation of Swamiji’s teachings, at five educational institutions in Narsapur and Vijayawada in January and February.  In all, about 1500 college students took part in the symposia. Photos and Report.

Coimbatore Mission Vidyalaya conducted four cleaning drives on 5, 9, 13 and 15 February in which the Vidyalaya students cleaned a public road and the premises of a school, a temple and a government office.

Sri Narayan Chandra Chanda, Minister of Fisheries and Livestock, Government of Bangladesh, participated in the birthday celebration of Sri Ramakrishna at  Dhaka Ashrama on 17 February.

We record with sorrow the passing away of Swami Amritalokananda (Gaurishankar) at Seva Pratishthan, Kolkata, on 16 February at 8.05 am.  He was 59 and had been suffering from diabetes and chronic liver disease for some years.  Initiated by Swami Bhuteshananda ji Maharaj, he joined the order at Belur Math in 1989 and received sannyasa diksha from his guru in 1998.  He served at Belur Math, Advaita Ashrama (Kolkata), Saradapitha (Belur), Nagpur, Cherrapunjee, Garbeta, Kanpur and Ranchi Morabadi centres.  He also participated in the flood relief operations at Balurghat, West Bengal, in 1995.  The Swami was jovial and amiable by nature.