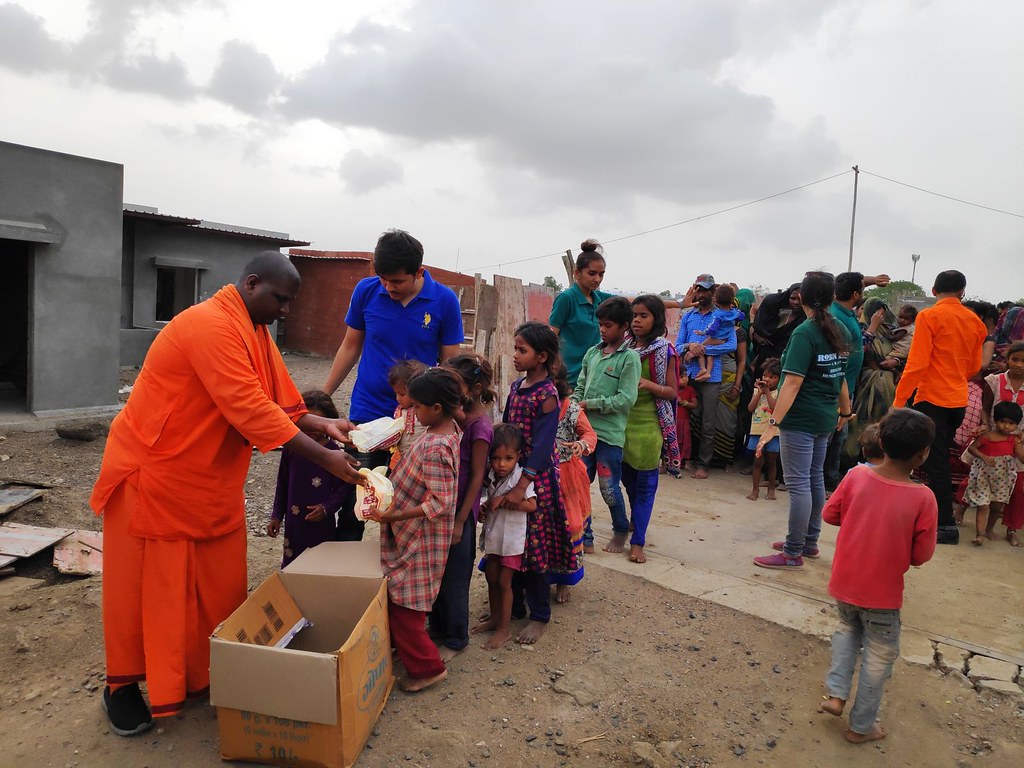 Odisha: In the aftermath of severe damage to the homes and public infrastructure caused by the Cyclone Fani that made landfall in Puri on 3 May, the following centres conducted relief operations detailed below:

Gujarat: On 14 June, Porbandar centre distributed 1200 packets of snacks to people who had taken shelter in government-run camps in Porbandar as a precautionary measure against the  Cyclone Vayu.

Arunachal Pradesh: In response to a fire incident in Aalo in which 3 houses were completely destroyed, Aalo centre distributed 19 blankets, 28 shirts, 19 trousers, 19 jackets, 24 sweaters, 20 belts and 3 sets of utensils (each set containing a karahi, a pot, a kettle, a bucket, 4 plates, 4 bowls, a ladle, a jug, a mug, a tumbler and a tea pan) among 3 affected families on 6 June.

Karnataka: In response to the drought in various parts of Belagavi district, Belagavi centre distributed 40.92 lakh litres of water among 5543 affected families from 4 May to 18 June.

Maharashtra: In the aftermath of the recent drought, Aurangabad centre distributed 21.25 lakh litres of water in 13 villages of Aurangabad district from 19 May to 4 June.

Chhattisgarh: Raipur centre distributed 5400 litres of buttermilk to thirsty wayfarers in Raipur from 25 May to 21 June.

Gujarat: Vadodara centre distributed 7200 litres of buttermilk and 31,000 litres of drinking water to thirsty wayfarers in Vadodara from 1 May to 17 June.

Telangana: Hyderabad centre distributed 37,024 litres of buttermilk to thirsty wayfarers passing by the centre and in Karimnagar district from 1 May to 10 June.

Under the self-employment programme, Chandipur centre gave a sewing machine to a poor and needy person on 15 April.